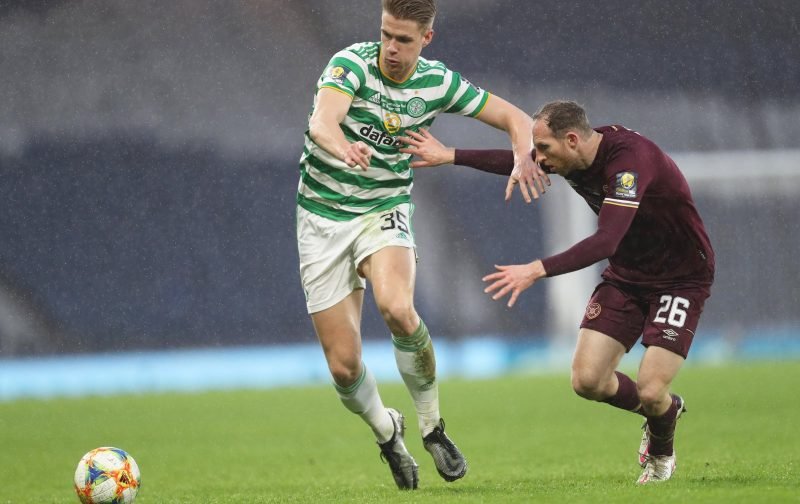 Newcastle have been credited with an interest in the highly rated Celtic defender Kristoffer Ajer.

The Norwegian has just one year left on his contract in Glasgow, which seemingly has alerted Newcastle that he may be available at a cut price.

A report in the Daily Mail states that we are preparing to launch an £8M bid to bring Ajer north of the border.

The rumour also comes after his international team manager Stale Solbakken has reportedly told the defender that he should move to a more competitive league in order to improve his game.

The Bhoys had previously rated the 22-year old at a huge £35M but with him being able to negotiate a pre contract deal with clubs as soon as January, the price has come right down.

At six foot six, the imposing defender would be a handy addition to the side and if the Magpies were able to pul of a deal it would be somewhat of a coup, but how likely is it that Newcastle will be able to pull off a deal?

Even forgetting the fact that we are famously slow in the transfer window and often get left behind on deals to improve our squad, Ajer’s performances for both Celtic and Norway mean that he is highly thought of in Europe.

Two sides that have previously been linked to the signature of the youngster are Tottenham Hotspur and AC Milan.

Whether we like it or not, the two aforementioned clubs are way more attractive proposition for players than Newcastle and then there’s a matter of relegation which would surely kill any chance of signing players of the calibre of Ajer.

With competition seemingly high, our league status and the fact that the club are always slow to act (as shown by the refusal to dismiss Steve Bruce), this transfer link seems a bit ambitious.