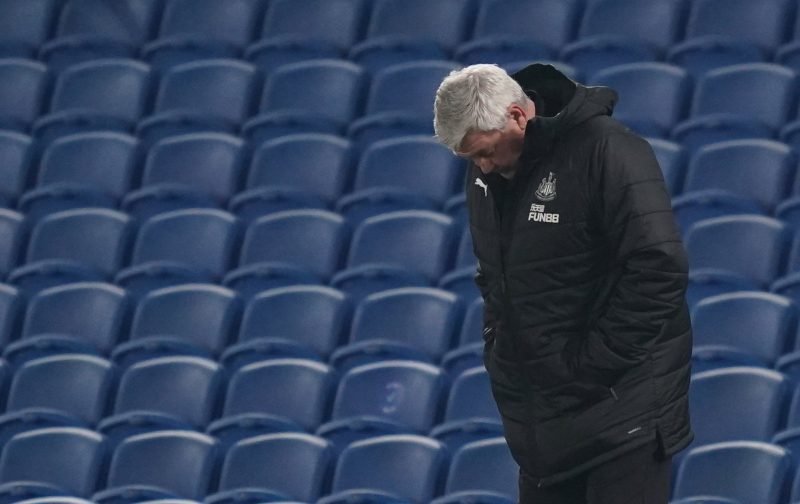 How are Steve Bruce and Newcastle United going to deal with the latest humiliating blow on their inevitable slump into the Championship?

According to a report by the Daily Mail’s Craig Hope, the answer is seemingly to give the players that were outclassed in the 3-0 defeat to Brighton and Hove Albion six days off out of nine.

Awarding mediocrity is no longer a surprise on Tyneside but this latest revelation really shows why we find ourselves in the predicament that we are in.

Of course, this is not the first time that Bruce’s training methods have been brought into question; Danny Rose spent the second half of last season on loan at St. James’ Park and he spoke of his shock at the amount of days off the players were given, even likening it to a ‘holiday camp’

As a fan, you would think that after such a horrendous display last time out, Bruce would have them in more often so that they could work on how on earth they can improve to try and stay in the division or even as a punishment for the turgid rubbish they inflicted on the fanbase on Saturday night.

By continuously not training as much as other teams in the Premier League, we surely put ourselves at a big disadvantage before a ball has even been kicked. There are probably part-time sides that train more than us.

Newcastle have six players that have left to play for their countries and only three of those started in the defeat at the Amex.

United’s next opposition, Tottenham Hotspur, do have more international players and that presents Newcastle an opportunity to be more prepared as the bulk of the squad has more time with the coaching staff. Unfortunately this is an opportunity that Bruce is only too happy to pass on.