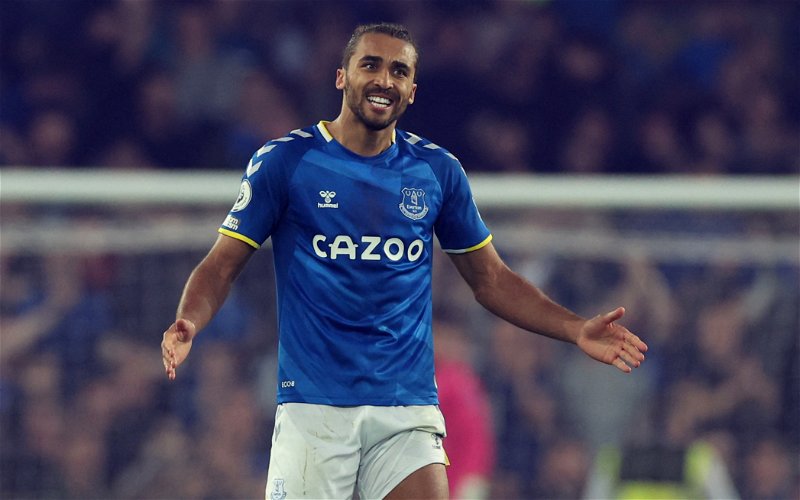 The Athletic have reported on the situation at Everton and how the days of their wild spending sprees are over as well as the financial difficulties they now find themselves in, resulting in heavy speculation that their biggest stars will be likely to leave this summer.

Everton’s likely need to sell is adding fuel to the fire with regards to the links between Newcastle and striker, Dominic Calvert-Lewin. However, this isn’t proving to be a popular choice amongst Newcastle fans online. Whether this is based on the past season, or due to the fans’ indifference to all things Everton it’s not clear.

While it is true, that last season, Calvert-Lewin did not reach anywhere near the heights he reached in the 2020/21 season where he earned his England call-up after scoring eight goals in five games, including two hat-tricks, he still chipped in with some extremely important contributions, scoring the goal against Crystal Palace which kept Everton in the Premier League.

He also spent a long time on the sidelines with a fractured toe which didn’t help his numbers last term, but even if he had been fully fit all season, it’s unlikely he would have reached the same level as the previous campaign in such a misfiring Everton side. The entire team lacked creativity which is what caused their rapid free-fall in the league.

Moving to a new club, such as Newcastle, might be the boost Calvert-Lewin needs to find his form again, and when DCL is on form, he is a top-class striker. If Newcastle could get him for the right price, he could be an excellent signing.

Up Next: Toon To Break Transfer Record?