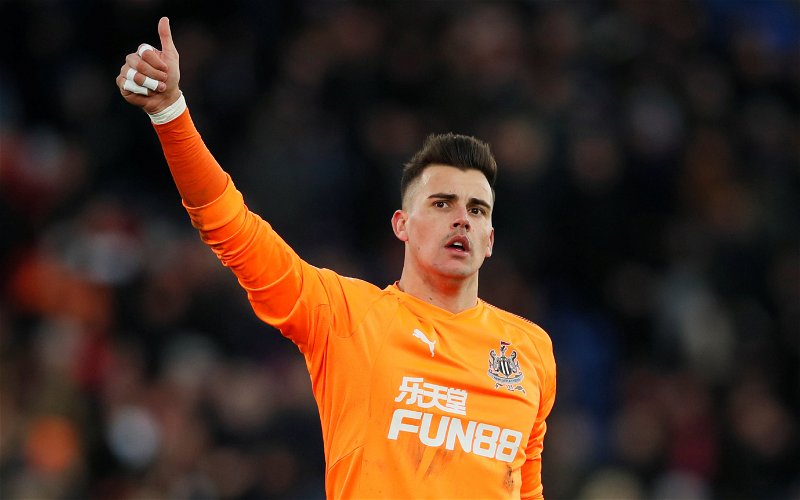 Middlesbrough remain keen on signing Karl Darlow from Newcastle to become their main stopper for next season with Newcastle willing to let the player leave once a replacement is found according to The Athletic.

It’s no secret that Newcastle are in the market for a new goalkeeper this summer with reported interest in Dean Henderson and Nick Pope dominating the headlines. What’s not so clear is whether Dubravka will remain the number 1 or if the new signing will be brought in as first-choice.

Whatever happens there it is looking likely that Darlow will be leaving St James’ Park after eight years with the club. one of which was spent loaned back to Nottingham Forest as part of the deal. The 31-year-old has been a reliable deputy while never really threatening to take the number one jersey. A run of games in goal at the start of last season while Dubravka was injured, allowed fans to see that, while a capable ‘keeper, he doesn’t have the quality required to displace Dubravka nor to help Newcastle progress up the league.

Darlow has been linked with a move to ‘Boro since the season ended and The Athletic maintain that the interest remains from the Teesside club, however they’re also looking at Leicester’s Daniel Iverson as well as having signed Liam Roberts from Northampton.

Up Next: Magpies Linked With Toffees Striker