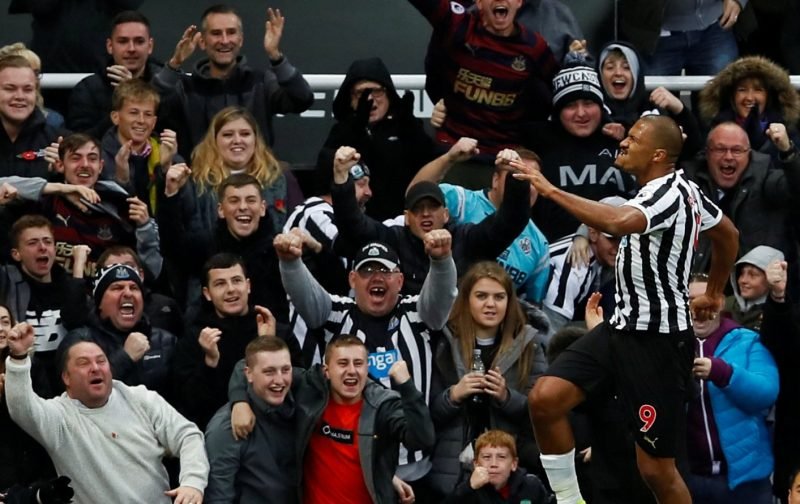 Newcastle United have handed themselves a huge boost in the last two matches, securing back-to-back victories over Watford and Bournemouth.

The Magpies had failed to win any of their opening 10 matches before edging past Watford last week before Salomon Rondon opened his account for Rafael Benitez’s side by scoring both goals in a 2-1 win against Bournemouth.

Signed on loan from West Brom, part of a deal that saw Dwight Gayle move to the Championship side on a similar deal, Rondon has taken his time to find his feet but the hope is that he can now kick on in the coming months.

A debate was started on social media as to whether Newcastle should pursue a permanent deal for the South American after his goalscoring feat at the weekend but the general consensus from the fans is that there is still more work to do.

He’s scored 2 goals… as good as he was please ask the question after he’s scored 15-20 goals!!

For the first time since we signed him he’s played two full matches in a row, and even then you could argue he probably would’ve went off early last week if it wasn’t for the 3 injuries. This talk is completely premature, the bloke needs to get fit and continue on from Saturday.

I think he produced the best centre forward performance we’ve seen since Papiss Cisse left against Bournemouth. But yeah, he needs to prove his fitness and consistency before anyone starts talking about a permanent deal.

Who else are we going to sign. He’s strong and quick. Best we are going to get if you ask me.

Good grief, let’s not go overboard here, let’s see if he stays fit and keeps scoring goals then make a decision at the end of the season