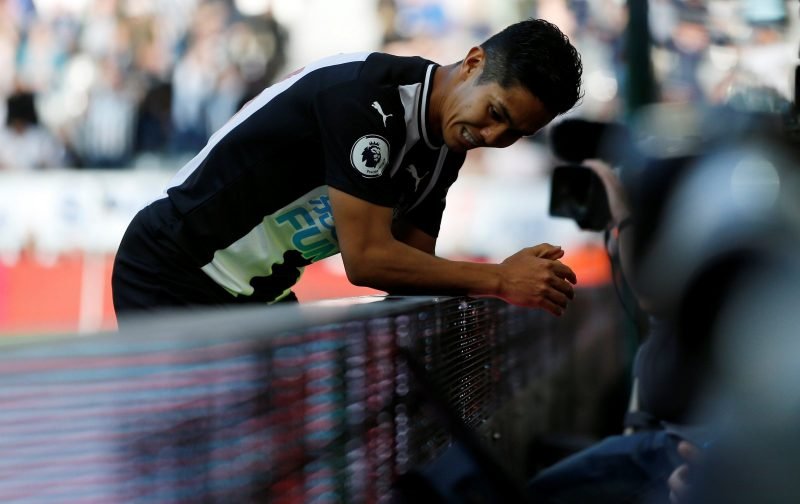 Newcastle United forward Yoshinori Muto is in advanced talks over a proposed to Spanish side Eibar, a report from Football Insider has claimed.

Things have never really gone right for Muto since his move to St James’ Park from Mainz two years ago, scoring only once in just 25 Premier League appearances in total during his time with the Magpies.

Now it seems as though the Japanese international is set for a move elsewhere, with the latest reports claiming that Muto is close to agreeing a temporary move to Eibar for the coming campaign, as he goes in search of first team football.

Having finished 14th in La Liga last season, Eibar opened the new season with a goalless draw at home to Celta Vigo on Saturday afternoon.

As things stand, Muto has two years remaining on his current contract with Newcastle, securing his future at the club until the end of the 2021/22 season.

This does look to be a positive move for Muto, who has never really settled in the north east.

With Callum Wilson hitting the ground running at the club alongside Andy Carroll on Saturday night, it is hard to see Muto really forcing his way back into the side anytime soon.

As a result, a move to a club such as Eibar could suit Muto, given the chance it should provide him with to get some regular football under his belt, and you wonder whether a successful year in Spain could kick-start his Newcastle career, as he will still have a year on his contract with the Magpies next summer.