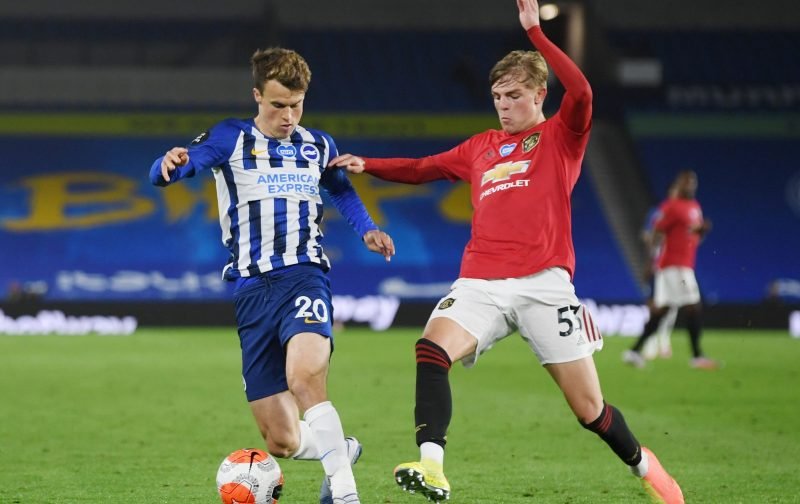 Newcastle are one of a number of Premier League sides interested in signing Brighton midfielder Solly March, a report from 90Min has claimed.

Since joining Brighton back in 2011, March has made 181 appearances in all competitions for the club, scoring 11 goals during that time, and it now seems as though he is attracting plenty of attention from elsewhere.

According to the latest reports, Newcastle are taking an interest in the 26-year-old winger, while West Ham are already said to have opened talks with Brighton about a potential transfer.

Two more top-flight clubs in the shape of Everton and Wolves have also been credited with an interest in the midfielder, who has previously been capped by England at Under 20 and Under 21 level.

For their part, Brighton are said to be willing to March this summer, and with two years remaining on his contract at The AMEX Stadium, the Seagulls are in a decent position to negotiate any official offer that comes in for the midfielder.

Given the circumstances, you do have to wonder whether this is really a move that Newcastle really need to make at this moment in time.

The Magpies have already strengthened their midfield this summer with the acquisitions of Ryan Fraser and Jeff Hendrick, meaning you wonder whether they really still need to address much in this area between now and the close of the window.

Indeed, given the level of interest there is from across the Premier League in March, and the fact that he has never really been prolific as an attacking midfielder, means it doesn’t really seem worth getting into a bidding war here, considering the amounts they have already spent this summer despite the current off-field situation at the club.