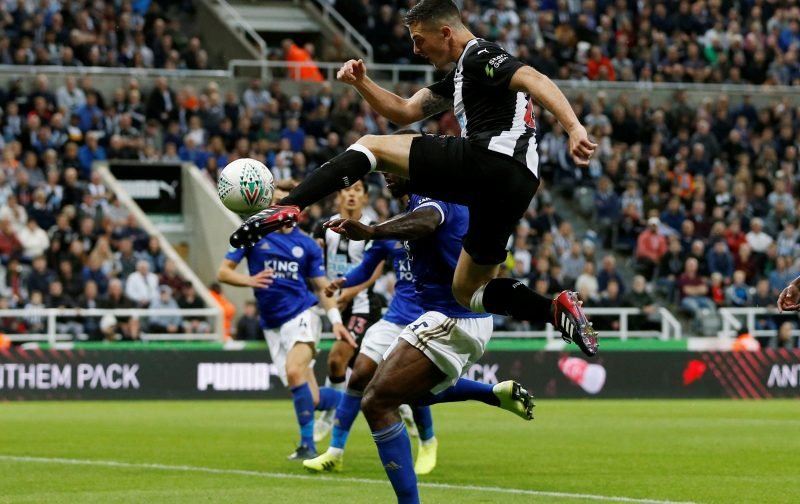 Rafael Benitez signed Ciaran Clark in 2016 as Newcastle looked to bounce back from the Championship.

The Republic of Ireland international arrived for £5m, and I thought it was a pointless signing.

Newcastle had Jamaal Lascelles, Chancel Mbemba, and Grant Hanley as options at centre-back yet out of all them, it was Clark who proved his worth to the side.

The 30-year-old was fantastic as the Toon returned to the Premier League at the first time of asking.

Clark was so good that for Newcastle’s opening game of the following season, it was he who partnered new signing Florian Lejeune and not club captain Lascelles.

Clark has made 74 appearances for Newcastle and has never complained about being dropped or left out of the squad. He comes in and does a job for the team.

The 30-year-old isn’t great on the ball, but that is fine he is a no-nonsense centre-back who knows his primary role is to keep the ball out of Newcastle’s net.

Last week he made his first Premier League appearance of the season in place of Paul Dummet, and Clark was solid, not one of the best players on the pitch, but a strong presence at the back for the Toon.

The former Aston Villa man would be unlucky to lose his place for the trip to Stamford Bridge.

In his time with Newcastle, Clark has also found the knack of scoring important goals.

Last season he ended with three despite only playing 11 games.

The 30-year-old may well be the fifth choice centre-back, but he doesn’t complain, and when he does play, he is always very solid.

I think that Clark’s contribution to the team is underrated.