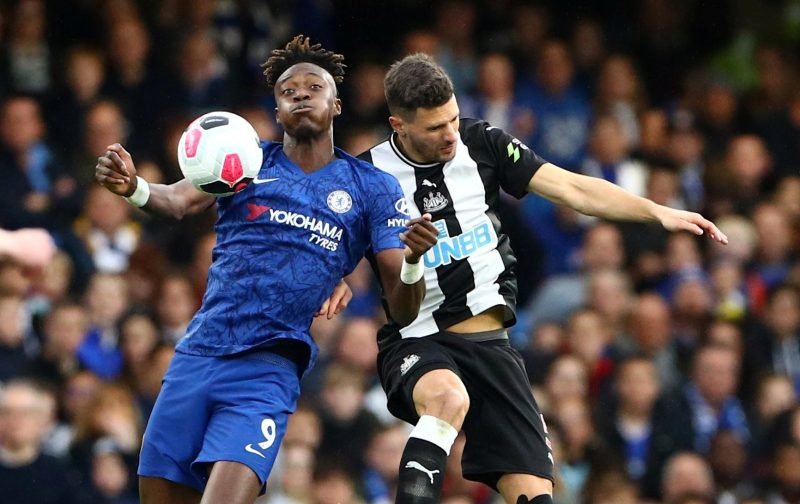 Keith Downie has confirmed that one of Newcastle United’s best players, Fabian Schar is out of Sunday’s game with Wolverhampton Wanderers, and there is no timescale on his return.

The 27-year-old picked up the injury during the Toon’s 1-0 defeat to Chelsea, and losing a player as good as Schar is a huge blow for Newcastle.

The Swiss international has been a revelation since he joined last summer for a bargain £3m and has quickly become a fan-favourite as well as a leader in the dressing room.

Steve Bruce will hope he only misses one game, but with misfortune comes an opportunity for another – with either Paul Dummett or Federico Fernandez ready to step in and take Schar’s place.

Dummett was dropped after the disastrous 5-0 defeat to Leicester City in which the Welsh defender scored an own goal and was horribly exposed at left-back – as for some reason Steve Bruce tried a new formation away to a very slick team.

Dummett was poor, but no more so than any of the others out there, yet he was dropped for Ciaran Clark for the Manchester United game, and Clark performed well, meaning he also started in the 1-0 defeat to Chelsea.

This injury to Schar could allow Dummett to come back into the side as the left-centre-back of the back three.

The other option is forgotten man Federico Fernandez who has not started in the league for Newcastle this season and seems to be Bruce’s fifth choice centre-back at the moment.

However, the Argentine has played over 130 games in the Premier League and was brilliant last season when called upon.

What also may see Fernandez picked is that both Dummett and Clark are left footed and might not be comfortable on the right – while Lascelles lacks the mobility to play anywhere other than in the centre.

This may mean that it is indeed Fernandez who starts against Wolves and not Dummett.

Either way, whoever starts has a fantastic opportunity to show why they should be in the side.

Schar’s injury has granted Fernandez and Dummett a chance, and it is up to them to make the most of it.