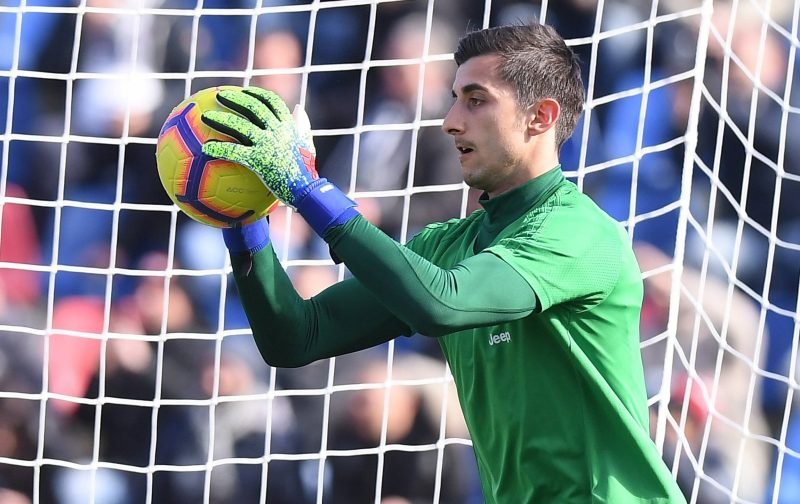 The Italian’s future at the Turin outfit has been cast into doubt recently following the return of Gianluigi Buffon after a year with Paris Saint-Germain, and with the Euro 2020 Championships beckoning, is keen to boost his chances of a place in Roberto Mancini’s plans.

Perin has not featured for La Nazionale since a friendly with the Netherlands in April 2018, when he earned just his second cap for Gil Azzurri after a four-year hiatus.

Sevilla, Benfica, Fiorentina, Porto and Newcastle are thought to be interested in offering the 26-year-old a chance to rival Salvatore Sirigu and Gianluigi Donnarumma for honours between the sticks, while Lazio were linked with Perin after it emerged United are also considering I Biancocelesti’s Thomas Strakosha, who is valued at €45million (£40.4m).

It is Benfica’s interest that appears the most advanced, though, as A Bola claim the Aguias have already contacted Juventus to see if Perin will be available for a permanent transfer, just a year after he joined the Old Lady for €12million (£10.7m).

Perin’s time at the Allianz Stadium has been far from as rewarding as he would have anticipated last summer, as the Genoa product featured just nine times for the Azzurri across all competitions, spending much of the campaign on the bench as Wojciech Szczesny’s number two.

The 2018/19 Super Lig champion’s approach to Juve is thought to have resulted in the Estadio da Luz stadium natives being given a €15million (£13.4m) asking price, which they intend to try and lower.

Juventus are not expected to accept a much lower valuation given the €12m outlay they spent a year ago, along with Perin’s reported £3.65million-a-year (£70,199-a-week) salary.

A Bola add that, while the number is high, the Italian’s wage is in reach of Benfica, but the biggest hurdle they have to overcome in their quest to strengthen the goalkeeper position is in Perin’s desire to remain in the Serie A.

The long-time Genoa servant, who won the 2010/11 Italian Supercoppa with I Rossoblu, feels he will have a greater visibility to Mancini if he were to stay in Italy next season. However, the appeal of Champions League football with Benfica may be enough to pursued him of a move to Portugal.