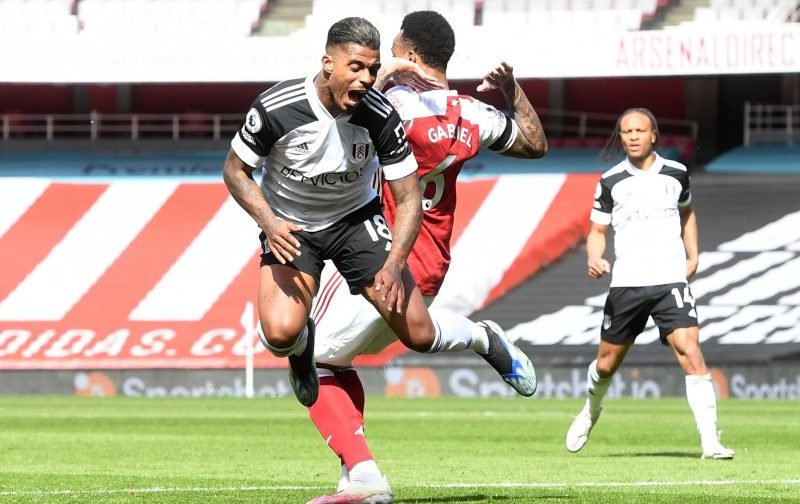 Mario Lemina has been linked with making a move to Tyneside this summer.

The report comes from the Guardian and the supposed price tag for the midfielder is thought to be around the £7M mark.

The Gabon international is currently on loan playing for Fulham and has been part of the side directly involved with the magpies in a battle to survive in the Premier League.

Lemina first arrived in the English game in the summer of 2017 when the highly rated midfielder became Southampton’s record transfer following his departure from Italian giants Juventus.

Upon his arrival to the Saints, Lemina looked like a player destined for great things in the English game and was once even linked to a move to Liverpool but for whatever reason things have not worked out for him in the Premier League.

Such was the underwhelming performances shown by the 27-year old, Lemina found himself out of first team plans at St. Marys and spent the 2019-20 season on loan with Turkish outfit Galatasaray.

Ralph Hassenhuttl clearly didn’t change his opinion on him and upon his loan spell ending in Turkey, he was swiftly shown the exit door again with Fulham being the club to offer him another crack at the Premier League.

His performances have put him in the shop window and his most noticeable contribution to the Cottagers season was bagging the only goal in Fulham’s impressive 1-0 win at Anfield, a result that Toon fans were not happy to see and only Fulham’s second win at Liverpool in their history.

The report does state that Fulham have an option to buy in the deal but with Scott Parker’s men seven points adrift and staring an immediate return to the Sky Championship in the eyes, it seems unlikely Lemina will be playing his football at Craven Cottage next term.

Signing Lemina would be a risk for the magpies but at £7M, it is a risk that could well be worth taking. The lad clearly has talent, it’s just a matter of him applying it. The man that Toon fans want to strengthen their midfield is Joe Willock on a permanent deal but with Lemina likely to be a fair bit cheaper, he could be a realistic replacement.