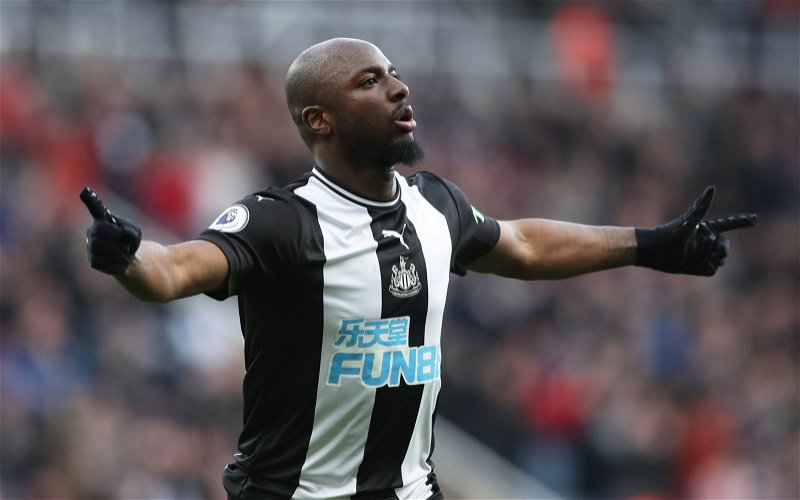 Jetro Willems is soon to be out of contract and the attacking wing back has talked about his hope of re-joining Newcastle United.

In an exclusive interview with the Chronicle, Willems has spoken about his road to recovery and most interestingly his hope of coming back to the North East.

It has been a long road to recovery for the Dutchman since picking up a devastating injury back in January 2019 that has meant he has not played in a competitive match since.

It is not just the knee injury that has kept him from playing football and Willems says he was ready to play since December but for whatever reason he was not given a look in by his club Eintracht Frankfurt.

With Willems’ past experience of playing international football and his impressive spell with the Magpies he may find himself sought after this summer although his history of serious injuries could potentially worry clubs.

United are probably a left back short and it is a deal that makes a lot of sense, Willems had this to say about a possible return to Tyneside.

“Of course, Newcastle is a very nice option for me. I wasn’t there for a long time, like half a year and I was enjoying the moment there. It’s a great option and it’s a club that knows me, I know them. It would be great to join them.”

It is clear that Willems still has a lot of time for the Magpies and his old teammate Allan Saint-Maximin in particular.

“I watch every Newcastle game and me and Allan (Saint-Maximin) still chat a lot. He’s a great guy, a great player and in those final games of the season you saw how important he is for the team in a different way, in a different role.”

Toon fans will be hoping this deal becomes a reality and he can quickly find the impressive form that he was able to show whilst on loan with United.