‘You playing upfront next season?’ – These Newcastle fans react to defender’s update 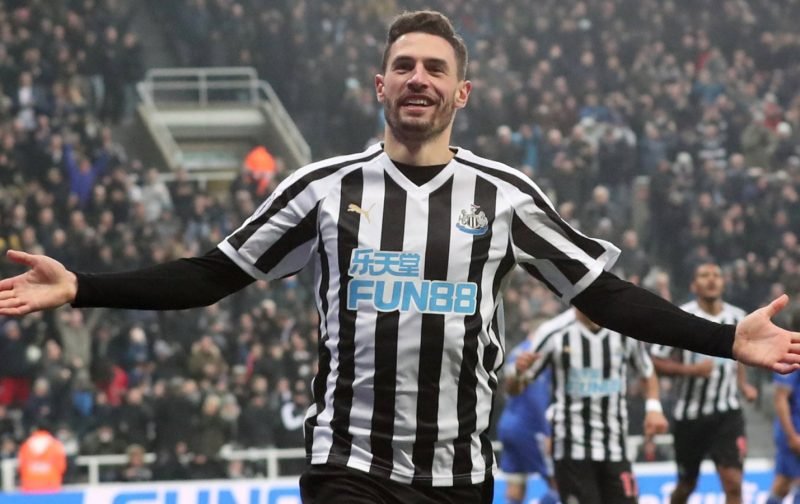 Newcastle fans have been reacting oddly on social media in response to a Tweet from Fabian Schar.

The defender posted a picture of him at the training ground and simply added the words ‘back on track’ to his photo.

Instead of the fans just wishing the defender good luck for the season ahead, some took the opportunity to ask if he could play in attack.

Following the sale of Ayoze Perez and Salomon Rondon’s return to West Brom, Schar is now last season’s top goalscorer at the club. He scored four from 24 league appearances.

The Premier League transfer window closes in less than a month on 8th August, and Newcastle are the only club in the division yet to sign a player, according to The Chronicle.

The club are even selling the strikers that do not score goals, Joselu is expected to join Alaves in the next few days, according to The Northern Echo.

That would leave Dwight Gayle and Yoshinori Muto as the only recognised senior forwards at St James’ Park.

Which, although it was asked sarcastically, is why a few fans took to Twitter and asked Schar if he can play up-front as there is a lack of options.

Great to have you back! You playing upfront next season? You’re the highest scorer left yeah?? #nufc

Fabian you ready to lead the team in goals this year?

You deserve to wear the captain’s armband next season ????

So grateful you represent our club.