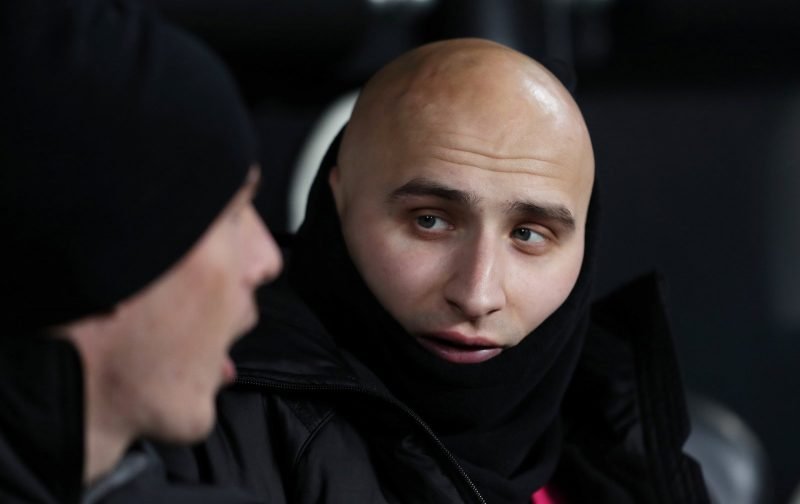 Newcastle have a problem on their hands, and it’s a rather significant one. Losing Sean Longstaff for any amount of time was going to be tough. But to potentially lose him for the season, as has been confirmed on the Newcastle website? That’s going to be very difficult to deal with for Rafael Benitez.

He’s got options, sure, but Longstaff has been one of the Magpies’ best players this season, and in losing the Englishman, we’re undeniably going to be a weaker team, at least in the short-term.

Who could the manager turn to? Well, if the Newcastle fans have their way, it appears as though many of them want Jonjo Shelvey to get a chance.

Is he an ideal option? No, he lacks the defensive quality that Longstaff delivers, whilst his injury issues this term have been well documented.

However, it’s also fair to say that he hasn’t had enough of a chance this season, and we all know that on his day, the Englishman is a brilliant player.

Who Benitez will pick to replace Longstaff remains to be seen, but lots of Newcastle fans want to see Shelvey – as you can see below.

Gutting about Longstaff’s injury. Opportunity for Shelvey to reclaim his spot in the first team now though.

Looks like Sean Longstaff is going to be missing the rest of the season and a bit more. Four months out after his knee injury at the weekend. #nufc will hope for a similar recovery to Lejeune. Door open for Shelvey and/or Ki again now.

Longstaff’s injury is a sickner but come at a time where Shelvey, Diame and Ki all fit again.

Would love to see Almiron on the end of a Shelvey ball.

With Longstaff our for the rest of the season, I think it’s time Shelvey showed his worth and put in a couple of performances for the army.

Sad news about Longstaff but with Ki and Shelvey to come in, we are well covered.

That's a shame for the lad but at least there's still Ki, Hayden, Diame and Shelvey who can do a job there.