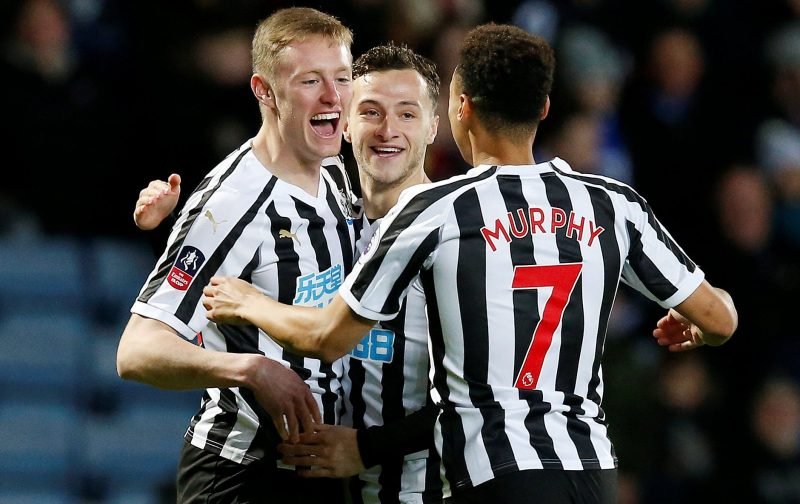 It’s certainly not been an easy season to be a Newcastle supporter. It seems that at every turn, the Magpies have been hit by a speeding car, and it’s now allowed Rafa Benitez to really get a hold on his team.

That’s occurred again this week, as after a solid run of form for Newcastle, they’ve now had some bad news confirmed. Indeed, as per the official Newcastle website, Sean Longstaff is set to miss the rest of the season with a knee injury.

Newcastle had only just solved their midfield issues by promoting Longstaff to the first team, yet now they’re going to have to seek another solution.

This is, obviously, a real blow for the Magpies, and it’s going to be tough to replace him. We’ve no got anyone that offers the same level of aggression and tackling, and even the players that we do have, like Jonjo Shelvey, have been below par when given chances recently.

It’s no surprise, then, that plenty of Newcastle fans online are feeling rather frustrated. See what they’ve had to say below:

Hope he has a speedy recovery

Gutted for him. Thanks for everything so far. Come back stronger.

Gutted for the lad. He’s so down to earth which is a quality sadly missing in most footballers, credit to his folks for that. Hope he comes back when fully ready and continues to develop into the player we all hope he can be. #oneofourown

Gutted for the lad, he’s been fantastic for us. Hopefully be back even stronger next season!

Cheers boy. Focus on recovery, we are waiting for you with full fitness.

Gutted for him, he was in such a rich vein of form too. Come back stronger!!