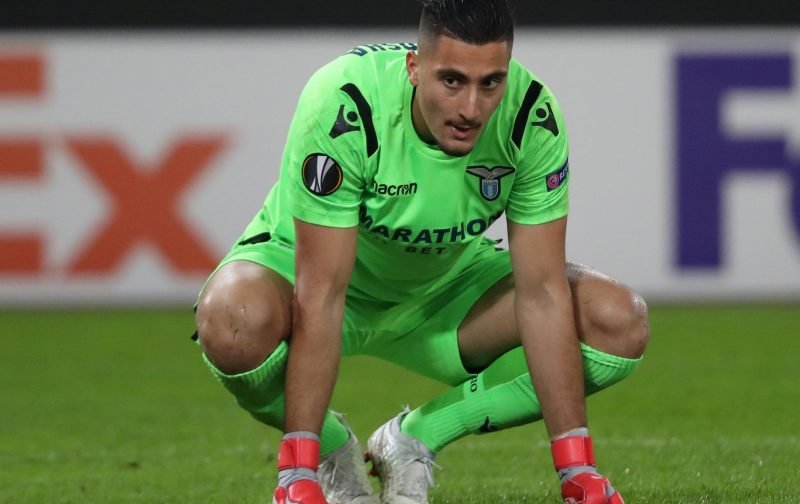 Newcastle could be set to sign Lazio goalkeeper Thomas Strakosha, according to Tuttomercatoweb.

They claim the Magpies have identified the Albania international as a key target and will make a bid for the 24-year-old.

Newcastle could make the keeper their first signing of the window, they are the only team in the Premier League yet to sign a player this summer.

Last week Ayoze Perez left Tyneside with The Daily Express reporting Sean Longstaff could be the next to depart this week.

Meanwhile, The Northern Echo are reporting striker Joselu is about to sign for Alaves.

Strakosha is valued at £18million by Transfermarkt but still has three years remaining on his current contract in the Italian capital. Last season he managed 10 clean sheets in his 35 Serie A matches.

The Newcastle supporters do not believe they will see the club spending that much money on a player under the current regime.

Some took to Twitter to share their views on the news linking the keeper to the club, with many feeling confused about the club signing players in positions that are well stocked.

#NUFC have been helped by the sale of £30m Ayoze Perez and “can afford” Thomas Strakosha at around the same price.

We don’t need a goaltender.

We need a strikeforce!!

Plan to play with two keepers and no forwards is revolutionary

Never in a million years would we pay more than 10m for a keeper when we haven’t spent more than 16m on a striker.

I appreciate i will just be echoing the thoughts/tweets of most #nufc fans on here but why on earth would we spend that kind of money on a goalkeeper when we have a good one already? Especially since we don’t actually own a striker with any decent record in the premier league!

Would signing him imply Dubravka’s the next one out the door?

Why would we spend the money we got for a winger on a goalkeeper that we don’t need and is too good for our team.

Another keeper? Erm NO…..