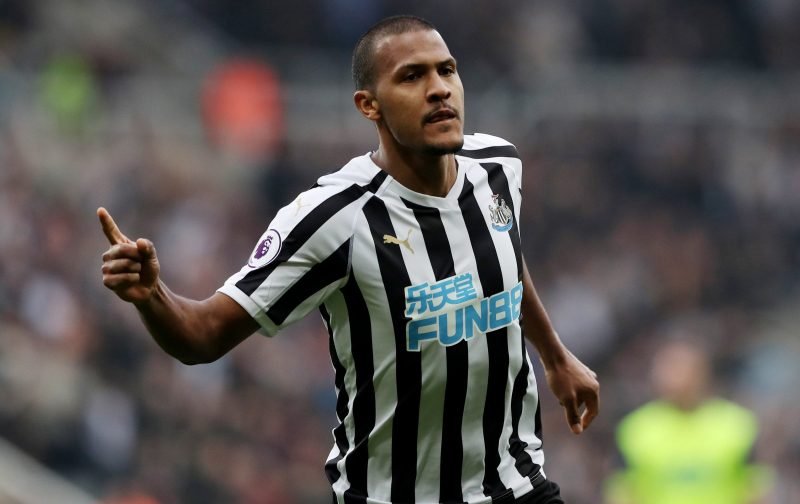 While many of the St James’ Park faithful will have already come to terms with the loss of West Bromwich Albion striker Salomon Rondon, the final gasps of hope in the Venezuelan returning to Tyneside are being taken.

According to Football Insider, the 29-year-old is close to securing a permanent transfer to reconnect with Rafa Benitez in the Chinese Super League, and put pen to paper on a lucrative contract with Dalian Yifang.

Any hopes we had of seeing Rondon return to Newcastle for the new campaign went up in smoke the moment the club announced Benitez’s exit, as the Baggies forward’s future lied in tandem with that of the boss, given Mike Ashley fiercely opposed triggering his £16.5million release clause at the Hawthorns.

Some fans were still keen to see the £60,000-a-week striker return ahead of the new Premier League campaign, though, as he ended his season on loan as our second-top ‘scorer in the top-flight with eleven to his name, one fewer than the now-Leicester City forward Ayoze Perez.

His move to Dalian Yifang is expected to be announced imminently, however, after Rondon agreed personal terms with the Chinese outfit, who are poised to trigger his full release clause.

West Ham United are thought to have lodged a £14million bid of their own to sign the 29-year-old, but West Brom rebuffed their advanced, and now look to recoup their full asking price.

Rondon, meanwhile, is understood to have agreed a contract with Dalian Yifang that will see him earn close to the £12million-a-year awarded to Benitez, who beat Henan Jianye 3-1 in his first game in charge on Sunday.