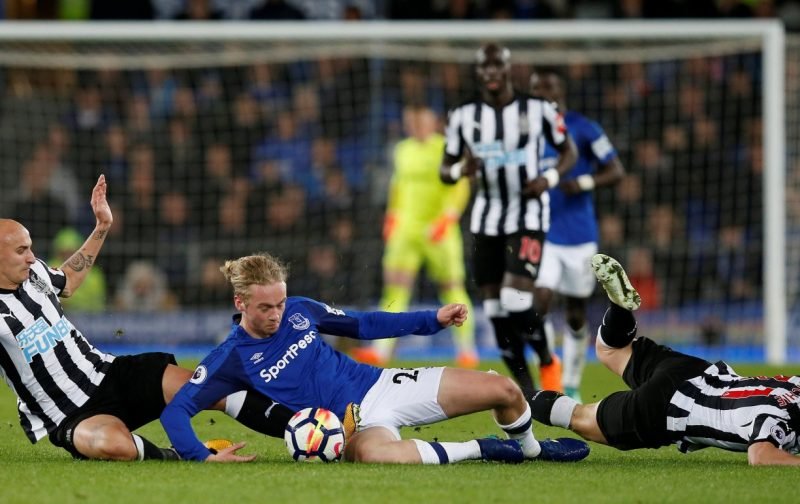 Monday night saw Newcastle’s winning streak come to an end as we couldn’t make it five wins in a row for the first time in the top league since 2014.

The run sliding to a halt with a 1-0 defeat to Everton in a game that could honestly have gone either way.

A pretty dour game littered with mistakes was ruined even further for me with what looked like an overgrown, overwatered pitch that many players struggled to keep their feet on, although maybe this was the tactic from ex-Newcastle boss Sam Allardyce as his team failed to inspire its own supporters who were the quietest home support I’ve heard all season.

Everton won the match courtesy of Arsenal reject Theo Walcott who lofted the ball into the roof of our net after it bobbled around our six-yard area.  A shot that was their only one on target.

We had a few half chances which on another day with a less greasy surface would probably have been dispatched with Ayoze Perez being the most guilty party of wasting the ball.  Dwight Gayle also came close late on but overall it’s all about getting the ball into the net and we failed to do so. This further underlines the massive need to get a quality striker in and if we’d won last night, it could so easily have been glossed over.

My man of the match last night in an otherwise drab game was Mo Diame, he overshadowed Jonjo Shelvey in a game where England boss Gareth Southgate was supposedly checking on his form.

With four games left and a twelve point cushion from the bottom three placings of the premier league, our massive goal difference should see it all done and dusted now but a minimum of a point at home to relegation bound West Brom will see it confirmed 100%.