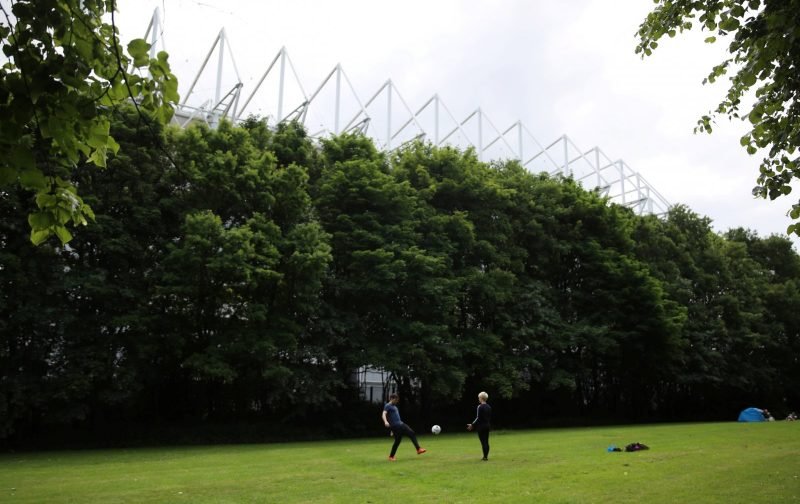 It was a miserable weekend for Newcastle United but, thankfully, at least one slight positive has emerged.

Indeed, with Steve Bruce in attendance as the club’s U23 side beat Fulham 4-1 at St. James’ Park yesterday, the Magpies boss would have been pleased to see a certain Rodrigo Vilca impress in his debut clad in black and white.

Signed over the course of the summer, the Peruvian started proceedings off with a stunning free-kick in the warm-up (captured by Lee Ryder) before being praised for his ‘great run’ and the fact he tried to chip the goalkeeper, in what looked a successful debut.

While the 21-year-old faces a fight to battle for the first-team, the fact he’s started life in England relatively well with little time to adapt (he had to have words translated to him from the bench) is obviously promising. Clearly, there’s a long way still to go, but the scouting department look to have done a good job in luring him over from Peru.

If he can establish himself in the U23s this season and potentially go out on loan next, Vilca could be a genuine first-team option by 2022 and potentially replace one of Allan Saint-Maximin, Miguel Almiron or Ryan Fraser should they be looking to move on around then.