Report: Benitez hoping that January arrivals will have a big impact on Newcastle ace 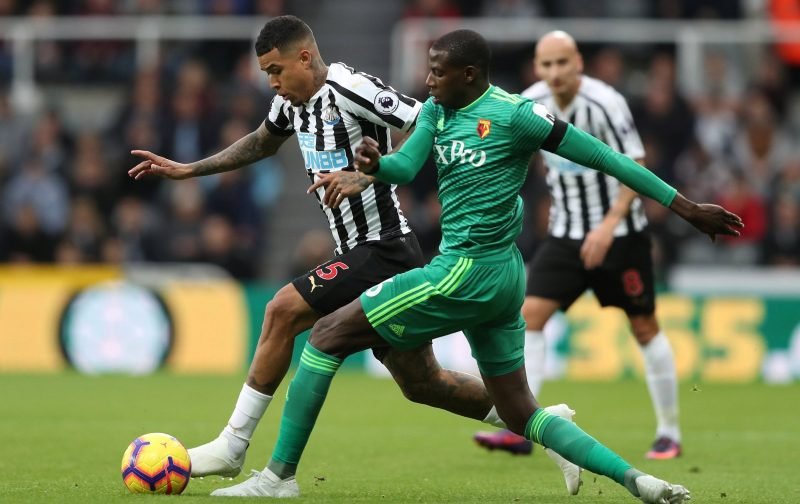 January began as a slow month for Newcastle, but it ended with a bang. The arrival of Miguel Almiron was a real highlight for the Magpies, and his signing does suggest that times could be changing at St. James’ Park. Furthermore, Antonio Barreca will add some good depth to the left side of the team, and that’s what Rafael Benitez needs.

However, in addition to just giving him extra options, the Chronicle reports that Rafael Benitez hopes that Newcastle’s new arrivals, including Almiron, will force Kenedy to improve his form.

Indeed, the Chronicle reports that Benitez is privately hoping that the increased competition at Newcastle will force Kenedy to get better, with the manager clearly frustrated by his recent poor form.

Of course, Kenedy hasn’t been as good this season as he was last term. He’s on his second loan at St. James Park, and whilst you would have expected him to improve drastically this year, quite the opposite has happened.

The unfortunate thing for Benitez, though, is that there’s always a chance that this could have the opposite effect. If he continues not featuring, he could grow even more disillusioned, and that’s not what he needs.

Still, Kenedy has proven his talent in the past, so we can only hope that he finds a way of improving. He’s far more of a natural attacker than he is a wing-back or left-back, and so maybe a few more chances in the more advanced role could help. We can’t help but dream of an attack made up of the Brazilian and Miguel Almiron.