Image: Newcastle fans have been waiting weeks to see these pictures 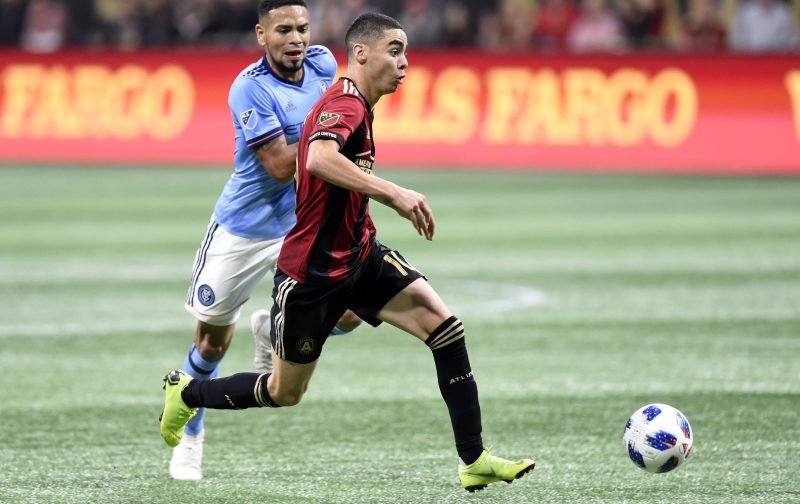 It took a while for Miguel Almiron to move to Newcastle. A deal was reportedly close in December, according to Bruno Pont, but for weeks thereafter, we were left waiting.

However, finally, Newcastle confirmed Almiron’s arrival on Deadline Day, and we’ve been patiently waiting to see him in action ever since.

We’re still not at that stage, with Almiron not eligible to play until our next fixture against Wolves on Monday, but Newcastle have shared the first glance at the attacker in our famous colours.

Indeed, over on Twitter, the club shared the first picture of Almiron in Newcastle training, which can be seen below. A full set of training photos can be seen by clicking here.

TOON IN TRAINING: Check out our pictures from this afternoon’s session, where new signing Miguel Almirón trained with his teammates for the first time…

For a while it seemed like the deal for Almiron wasn’t going to happen and that we wouldn’t ever see him at St. James’ Park. However, in the end, Mike Ashley pulled it out the bag, and we couldn’t be happier.

It’s significant that he’s already training, too. It means that he’ll have at least 4 or 5 days to get up to speed ahead of our tie on Monday – and perhaps that will be enough for Rafa Benitez to give him a start.

We can’t wait to see him in action.