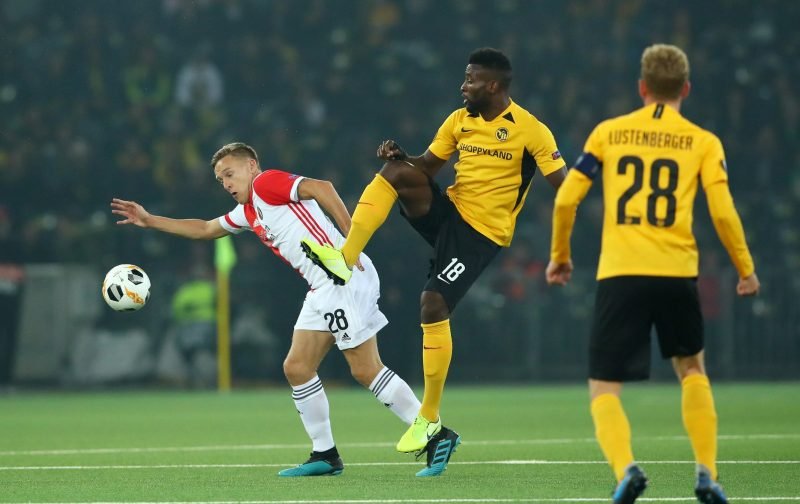 Jean-Pierre Nsame of Young Boys has become the masters man to be linked with a move to Tyneside.

The 27-year old has been with the Swiss side for four seasons now and has been a massive part of their title successes with a whopping 97 goals in just 168 appearances for Young Boys.

Team talk have reported that this impressive goal scoring prowess has alerted clubs in Britain with Newcastle United being one of them. West Ham United, Celtic and Southampton are the other sides name checked in the article so we may face stiff competition to bring the forward to St. James’ Park.

The Cameroon international joined Young Boys ahead of the 2017/18 season and has helped his side to four domestic league titles and a Swiss Cup win as well.

He has become one of the most consistent goalscorers in European football but without any real experience at the top level, it is hard to tell how much that counts for.

With question marks rightly over the pedigree of Swiss football, any deal for Nsame would be a big gamble and with him at 27 years of age and not particularly young, there isn’t necessarily the sell on value that Newcastle usually look for in deals like this unless he was available at a low fee.

However, he has shown he has what it takes to put the ball in the net, a trait that should not be ignored at any level.

Newcastle could do with an understudy for Callum Wilson as both Dwight Gayle and Joelinton have failed to come close to replicating the effectiveness that the former Bournemouth man gives United when he is fully fit and in the team.

As with any transfer deal this upcoming window, United are unlikely to spend big sums as a result of the pandemic and general tightness.