Opinion: Newcastle can’t afford to let one of their most talented men slip out of their grasp 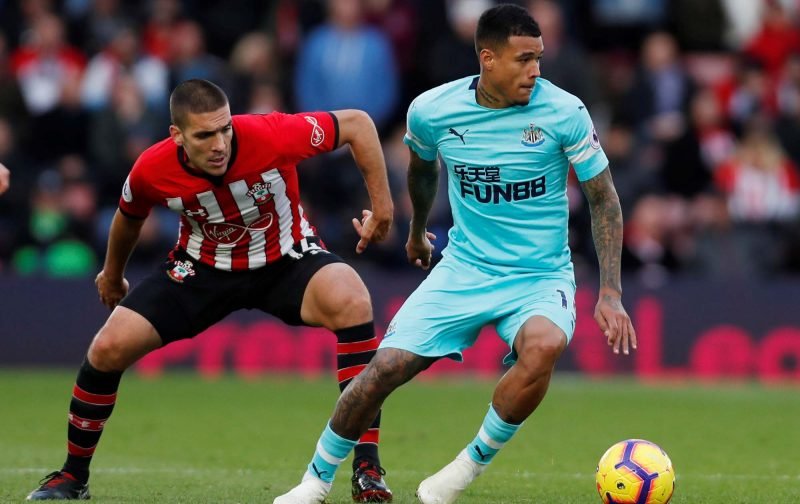 When Kenedy moved back to Newcastle in the summer, most fans were likely very happy. He enjoyed a very good run of form last season when he was at St. James’ Park, and it was an exciting prospect that he’d be with us for an entire season.

However, it hasn’t quite gone like that. The Brazilian had a slow start to the season, and he’s never really recovered, with Rafa Benitez continually opting against giving him regular starts in the Premier League in 2019. It’s hard to disagree with Benitez’s attitude towards him, as simply put, he’s been below par.

That doesn’t mean that the club should let him go, though. Indeed, a recent report from the Northern Echo has suggested that Kenedy will leave the club permanently this summer when his loan expires, and though on form you could argue that that makes sense, maybe Newcastle should reconsider.

After all, we all know that on his day, Kenedy is sublime. He’s one of our most talented players, at least from a technical standpoint, even if he doesn’t always show it, with remarkable tricks, pace, technique and energy making him a fantastic option moving forward. He’s able to inventively move past any player, and that kind of magic is always welcome at St. James’ Park.

And sure, he hasn’t shown that all that often this season, but you’ve got to have some sympathy. Over the years he’s been passed around from club to club, and he’s never really found a home. He’s got no real reason to perform, because he doesn’t know where he’ll be playing this time next year. Maybe a show of faith like Newcastle signing him permanently will help kick him into gear.

Of course, football fans have notoriously short memories, but try and hark back to what he did last season, and your attitude towards him will quickly change.