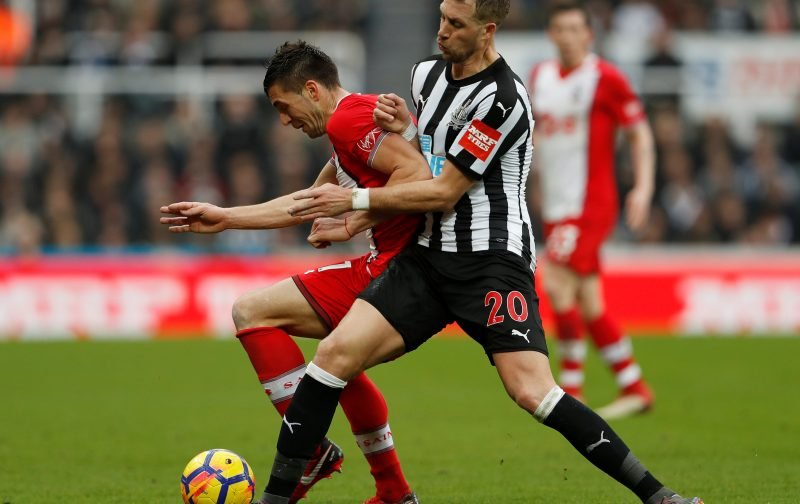 Newcastle United could be set to lose Florian Lejeune according to reports in Spain. Estadio Deportivo say Sevilla’s sporting director Monchi is heading to England in an attempt to thrash out a deal that would see the defender move to Andalusia.

The Frenchman only managed 12 league appearances last term for the Magpies after suffering two injuries that wrecked his season. His first injury was suffered in pre-season training and a cruciate ligament rupture kept him out until January. The 28-year-old then suffered an injury to his other knee in the game against Crystal Palace that ruled him out for the remainder of the season.

However, Estadio Deportivo claim Lejeune is a player Monchi likes and has tried to sign him on multiple occasions in the past. The centre-back is valued at £7.2 million by Transfermarkt and the paper are confident a deal could be done despite the player’s knee injury.

The report also suggests Monchi could also enquire about the possibility of signing Ayoze Perez. The 25-year-old was Newcastle’s top goal scorer in the Premier League last season and has just two years remaining on his contract at St James’ Park.

Transfermarkt value him at £18million but Estadio Deportivo claim Newcastle would ask for €30 million (£26.83 million).