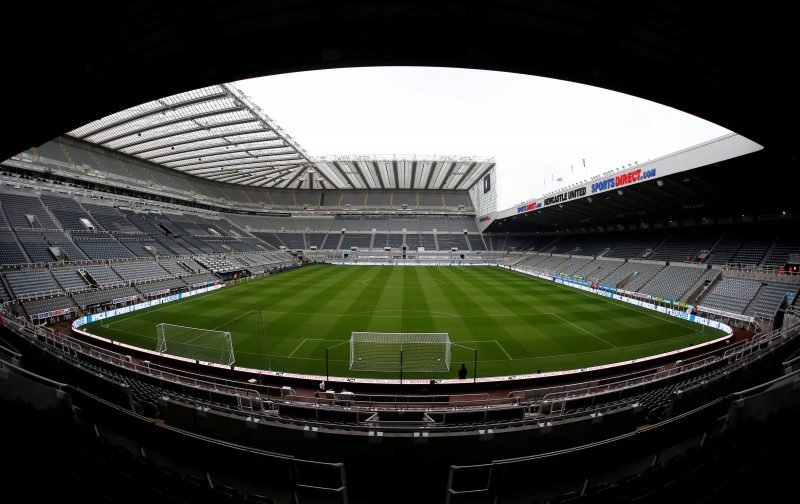 Whilst it is not football that graces the Gallowgate turf this time, the status of the two teams that will partake in their sport is not lost in the shape of England against Italy in a rugby international.

The advertised ‘warm-up’ match is to take place next September in the days before England head to the Far East to take part in Rugby’s World Cup and is seen as a coup for the city.

England rugby head coach Eddie Jones was at the ground today for a bit of a press conference to announce the game and said a few things about the fixture.

Jones said:   It’s a fantastic stadium, and to bring a World Cup warm-up test here to Newcastle is very exciting. It’s a fantastic ground in a great city, and particularly with the Falcons doing so well at the moment it’s going to be a great event. We’re very excited about it.

Billed as England’s first fixture away from their Twickenham home for four years in a rare outing on home soil, the high profile game follows on from Newcastle capturing the Rugby European Finals in May 2019 with the Italy game taking place on Friday, September 6th 2019.

Eddie Jones has his say on @StJamesParkNE1 after news broke that @EnglandRugby will play in Newcastle for the very first time in 2019.