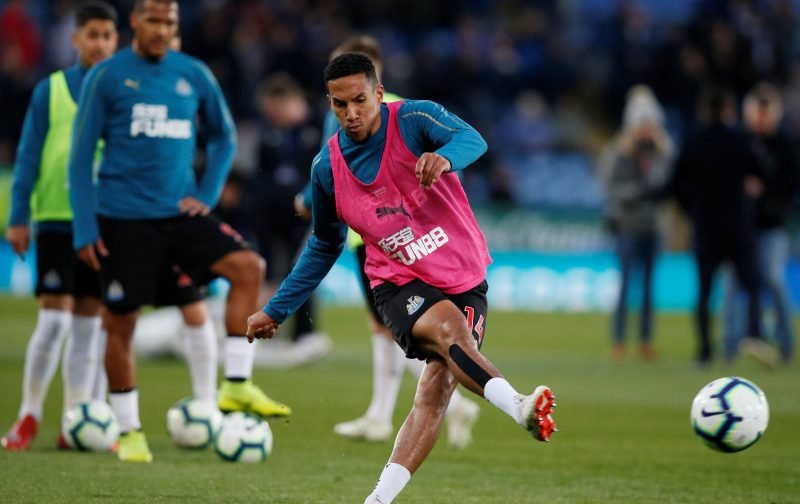 Isaac Hayden may be about to get the exit from St James’ Park he desires, as the Daily Star understand the want-away Newcastle star has been identified as West Ham United’s number one alternative to Andre Gomes.

The FC Barcelona-owned midfielder is thought to be Hammers boss Manuel Pellegrini’s top summer target, and has so far seen his side offer £20million after an initial £18million bid was rejected.

Gomes, though, is said to prefer a return to Everton this summer, having spent the past year at Goodison Park on loan and enjoyed a return to form after two poor campaigns at the Camp Nou.

As Pellegrini is keen to strengthen the core of his squad at the London Stadium, though, the Evening Standard reported the Chilean had identified Hayden and Jonjo Shelvey as two potential alternatives for the £25million-rated Portugal international.

It was also proposed that the pair would be available for £15million each, which supported previous claims suggesting the East London side would target our ranks this summer.

Meanwhile, the Daily Star have now reported that it is Hayden whom Pellegrini prefers out of our midfield duo, as the Irons have a limited £30million transfer budget before sales.

Their accounts did rise by £10million over the past week, however, as they sold former Arsenal striker Lucas Perez to Deportivo Alaves and Edimilson Fernandez moved to Bundesliga side FSV Mainz 05.