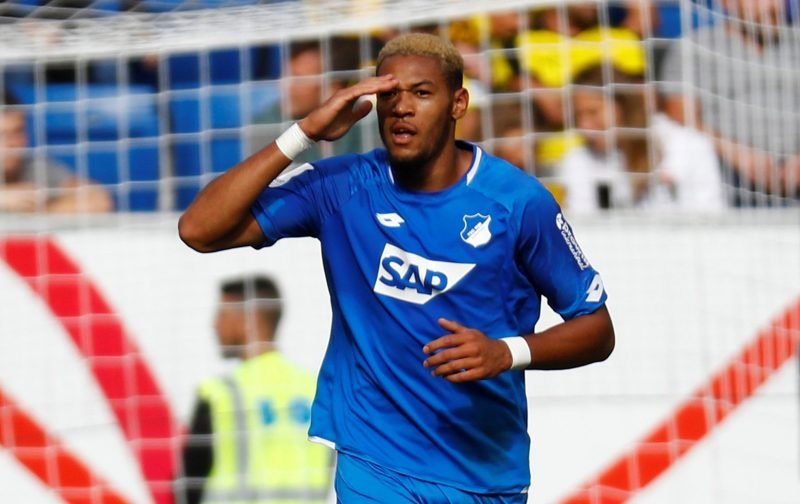 Sheffield Wednesday boss Steve Bruce is expected to be announced as Rafa Benitez’s replacement at Newcastle this week, and TSG Hoffenheim striker Joelinton could follow the Englishman to Tyneside, according to The Northern Echo.

Joelinton has long been linked with a move to St James’ Park despite the previous speculation regarding the future of Rafa Benitez, with reports in June suggesting the Magpies board had a package in place to finance a £40million deal.

United refused to progress with their plans at the time though, as Benitez appeared unwilling to splurge the majority of the potential funds on offer on one big-name target. But Bruce is understood to be open to working with the Brazilian striker, whose arrival would be sure to eclipse the club record transfer fee spent to acquire Miguel Almiron in January.

Managing Director Lee Charnley is thought to have assured Bruce that he will have the same £50million plus cash raised from player sales to do his business in the summer market. The likely Benitez replacement will also get to work immediately following his appointment strengthening the first-team, rather than joining the squad in China for the Premier League Asia Trophy due to visa issues.

The deal to bring Joelinton to St James’ Park will require more than the £30million raised from the departure of Ayoze Perez, however, as the Daily Mail believe Hoffenheim are pushing for their full £40million asking price.

Mike Ashley has been attempting to drive the Bundesliga side’s valuation down to £36million, but is keen to avoid negotiations over the 22-year-old’s future stalling any longer having first shown an interest in January.

Joelinton joined Hoffenheim in 2015, but only made his first-team breakthrough at the Rhein-Neckar Arena last season having spent the prior two campaigns on loan with Rapid Vienna.

The Alianca, Brazil-born striker would make 35 outings across all competitions in 2018/19, scoring eleven goals and was credited with nine assists, including the equaliser in a Bundesliga draw with Borussia Dortmund, a brace against Bayer Leverkusen, and created the opener in a 1-1 draw with RB Leipzig from the right-wing.

There is a large percentage of the St James’ Park faithful who find it baffling that Ashley would wait for Bruce’s go-ahead before striking a deal for Joelinton, though…

What utter tripe. I’m sure Bruce doesn’t have the power to sanction the arrival of a takeaway pizza with company money.

When are the club ever going to learn that talk is cheap and dragging out transfers gets you relegated. Right now we are six decent signings and a hell of a lot of luck added to Bruce having the performance of his lifetime from staying up. They have roughly 3 or 4 weeks to fix it

Doubt Bruce knows who he is

Don’t be ridiculous, he couldn’t saction which toilet roll to buy?
We have an MD on £150k employing a Head Coach on £1m+ bonus.
We have to let this person know, we do not think you are a fit and proper person to own our club when you cannot even file SD group accounts on time????

What do you call it when Steve Bruce ‘Pardews’ someone ????

I have a feeling we’ll need a word for it…

Is that because Ashley has handed him full control ????

Not a bad move by Ashley though, hold the big summer signing to release a few days after the manager joins. Nice diversion tactic that if it comes off.