‘No thanks’, ‘The club is a disgrace’ – These Newcastle fans react to latest club update 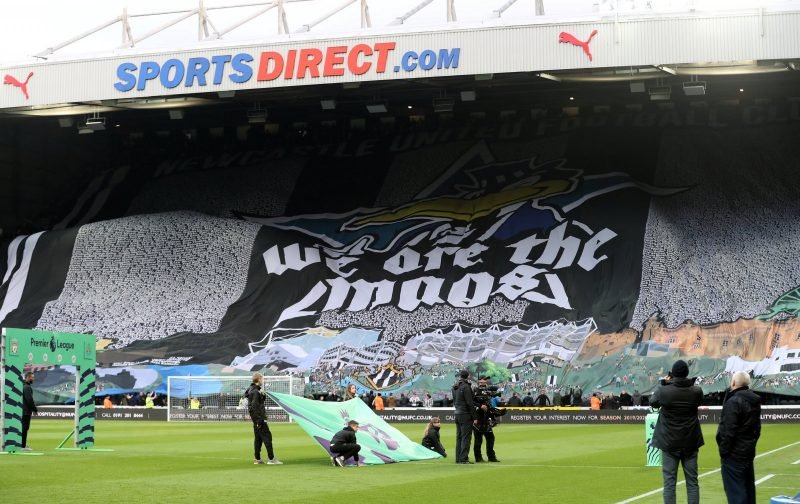 Newcastle fans have been reacting on social media as expected after the club issued an update on tickets.

Their official Twitter page posted information regarding the first away game of the season at Norwich.

The tweet said: “Tickets for Newcastle United’s Premier League game at Norwich are now on sale to season ticket holders with 20 loyalty points or more.”

However, many of the supporters demonstrated they are not interested and are very serious about boycotting games until there is a change of ownership.

The fans have been pushed even further to the limit this week, with the imminent arrival of Steve Bruce. With many not even that bothered that he is a former Sunderland manager, but are against the appointment because of his record.

In one of his first actions as The Magpies boss, Bruce will sanction the transfer of Brazilian forward Joelinton, according to The Northern Echo.

Despite the striker being signed by Hoffenheim for a fee of £36million, as reported by The Daily Mail, the Newcastle fans do not believe it is enough to halt their protests against the club hierarchy.

It offers to be an interesting season at St. James’ Park, to see how many fans stay away from the matches, and for how long. It would look rather silly if they boycott the Arsenal tie but flood back for the Watford fixture at the end of August…

???? Tickets for Newcastle United’s @premierleague game at @NorwichCityFC are now on sale to season ticket holders with 20 loyalty points or more.

Forget it. The club is a disgrace. Can’t wait for newly promoted Norwich to batter us and Steve Bruce excuses afterwards

No thanks, you need to have 20 loyalty points to me first and currently your on minus @nufc #nufc

Rather watch @emmerdale looks like its going to be even more exciting in the coming weeks so that’s us sorted thanks anyway ????????

Use the word loyalty but the club show none back…

When is the club going to show some loyalty back to the fans? It isn’t a one way street.