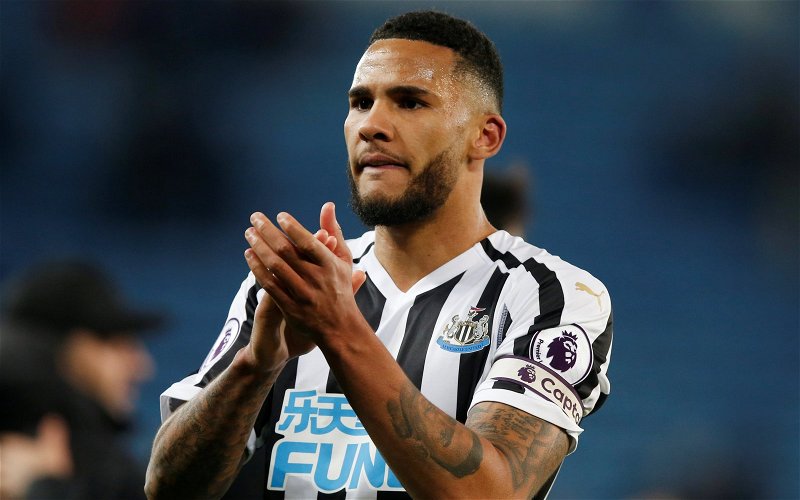 West Ham United club insider ExWHUemployee, as per West Ham Fan Zone, has hinted that the Irons have their eyes fixed on three of our players, who have been tipped to be worth a combined £65million.

The Hammers insider believes the London Stadium outfit are showing an interest in signing Jonjo Shelvey, Isaac Hayden and Jamaal Lascelles once the summer window opens.

It is also suggested that Salomon Rondon is another player the East London side are considering, but the West Brom-owned striker is not currently high on their agenda, as they seek to replace the out-of-contract Andy Carroll and the rarely on form Lucas Perez.

All three players mentioned have been linked with the Irons in the last year, as well.

The Sun claimed back in March that Manuel Pellegrini’s club had sought to sign Shelvey in January, but Rafa Benitez refused to allow the former England international to leave St James’ Park despite being his fifth-choice.

Since then, the 27-year-old has remained an outcast of the starting XI, and only returned to the line-up against Brighton – Benitez then subsequently benched Shelvey for the visit of Liverpool.

Rarely finding a minute on Tyneside was said to have made Shelvey a potential option for West Ham in the summer, in a move which would see us bank £20million.

£20million is also how much Hayden is said to be worth, with the Telegraph suggesting earlier this week that West Ham were interested in the Arsenal product, who has informed Magpies chiefs that he intends to move south in the next transfer market.

Hayden was also quoted as categorically stating his intentions for Sunday’s trip to Fulham to be his last as a Newcastle player, noting: “I have spoken to the club about it and they’ve been open and honest with me.

“I’m pretty sure this will be my last game at home. In football, you never know, so I can’t say for definite, although it’s looking like my last game here [was against Liverpool].”

As for our captain, Sky Sports reported that West Ham had a £20million, rising to £25m, offer knocked back for Lascelles last summer as Pellegrini looked to sure up the Irons’ defence, but was told the defender was not for sale.

Lascelles himself later addressed the Hammers’ interest, and stated that the moves by West Ham and Chelsea in 2018 were never that serious, so let’s hope they do not increase their efforts this year.