“Cheers, crying now” – Many Newcastle fans are reminiscing over recent trip to Anfield 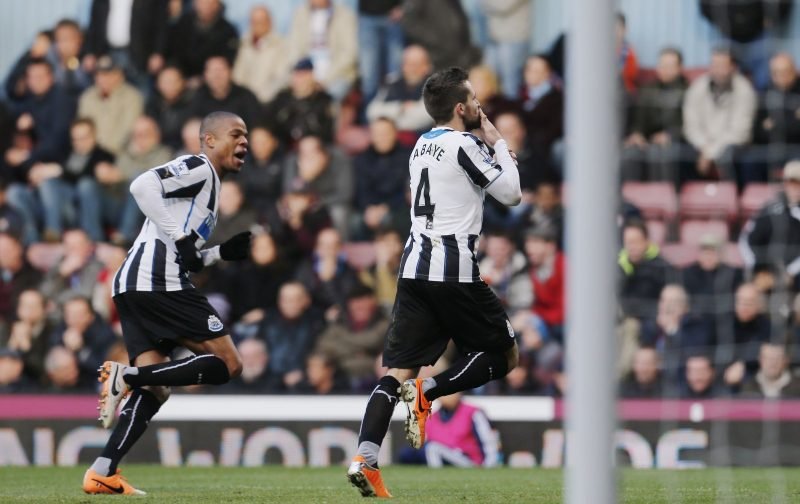 “What a day that was” – A lot of Newcastle United fans remember one of their more successful trips to Anfield.

Steve Bruce’s side head to Liverpool on Saturday with a shocking record at Anfield – having only won one out of their last 19 visits.

Ahead of the game Newcastle’s official Twitter account posted a video of a goal Yohan Cabaye scored in a 1-1 draw in 2013.

Hatem Ben Arfa dribbled his way past three Liverpool players before playing a cross to the back post – which found Cabaye who took a touch and fired a fantastic strike into the top corner to silence the Kop.

Luis Suarez then equalised, but the Toon left Liverpool with a rare point.

These Newcastle fans are reminding themselves of that great day.

One fan says he was upside down when Cabaye scored, and another is asking for Cabaye to come back to Tyneside.

Yohan Cabaye sent Newcastle United into the lead with this fantastic strike back in November 2012 as the Magpies earned a 1-1 draw at @LFC.

Relive that – and other memorable away encounters against the Reds – here: https://t.co/ui1Ivg0ENE #NUFC pic.twitter.com/hdeG5MAIvA

Brings a tear to my eye seeing Cabaye, Cisse, Ben Arfa and Ba

What a day that was man

Think I was upside down at one point.

What a player he was for us. Gutted he left.

Come home dreamboat I miss you ????