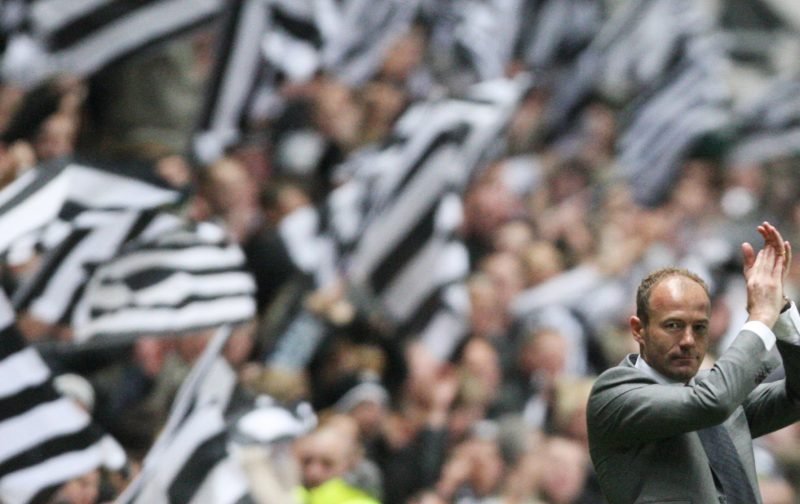 Hundreds of Newcastle United fans have reacted on Twitter after being reminded of a classic from over 22 years ago.

The popular fan account @Awaydays23 – a page which celebrates rememberable away days for supporters – recalled a very important game for the magpies yesterday.

They tweeted with a picture of United supporters in absolute jubilation at Old Trafford after Alan Shearer put the club ahead in the 60th minute against Sheffield United, in a goal which put the club into the FA Cup final.

It was a tight affair, but the one goal was enough for Kenny Dalglish’s team.

Unfortunately, they failed to win the final, with Arsenal winning 2-0 at Wembley, but it is still a day which many fans will not forget for a long time.

There was a huge response to the tweet, with over 740 likes, 100 retweets, as well as many replies.

Lots responded with short anecdotes from the day, showing just how much it meant to them.

We picked a few of them out, which you can read below…

Class day and match, we were right next to green netting separating fans, weird having nothing on one side celebrating the goal

I was in the bottom tier and thought it was going to come down with all the bouncing above….happy days #nufc

I was there, I remember the whole stand we were in rocking, good times.

#IMHO the toon army are renowned across the UK,Europe & beyond for their huge and passionate support. Long may that be the case just a shame that a new & very wealthy owner(s) with the wherewithal to share our passion and achieve aspirations for Geordie’s everywhere!

Newcastle went onto reach the final the season afterwards, but they were again outdone, this time by Manchester United as they went onto win the treble.

It’s a competition which they haven’t won since 1955 – and this season was their best run in over a decade as they qualified for the quarter-finals against Manchester City before the season was halted due to the coronavirus outbreak.