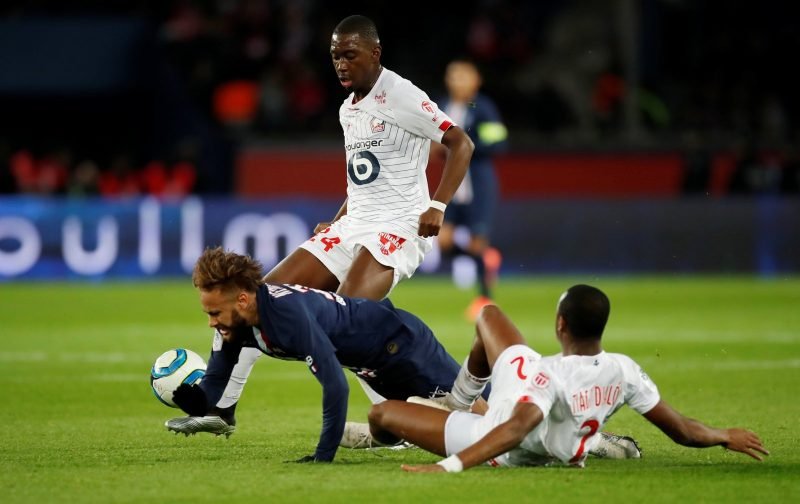 Almost a year ago now, Newcastle United saw a major money transfer fall at the final hurdle as Lille’s Boubakary Soumare rejected a £35m switch to St. James’ Park. Amazingly, despite Steve Bruce claiming the midfielder was the club’s ‘number 1’ target, there was little talk of a move being resurrected over the course of the transfer window just gone.

Considering Newcastle’s midfield looks like a much of a muchness right now, it does seem rather odd. Indeed, not one midfielder averaged more than one dribble last season and, with Bruce recently deploying a 4-2-3-1, there’s little doubt that a different option as part of the pivot could have given the Toon boss a new dimension in the middle of the park.

After all, the 21-year-old averaged more dribbles per game than any Newcastle central midfield option in the league last season and almost trebled their average when playing in European competition. Furthermore, he’s been described as a ‘technical’ and ‘modern No.6 or 8’ and drew early comparisons to compatriot Paul Pogba. On paper, those qualities could seriously have refreshed an area of the park to have little spent on it over the years – with only Jeff Hendrick arriving this summer, who operates more as an attacking midfielder.

Presumably, the reason he wasn’t targeted this summer was down to funds. The Athletic recently wrote of how decision-makers behind the scenes at St. James’ Park were looking at quick-fixes to use their limited budget on and that current owner Mike Ashley needs his side to remain in the Premier League should he get his ultimate wish – a big money sale of the club he’s owned for 13 years. While that is probably a good thing given how eager fans will be to see the Sports Direct mogul depart, it does speak to the problem currently engulfing the Toon Army.

Those brought in this summer may make the side better right now but, without some sort of plan for the club’s long-term future, moves to significantly improve key areas of the squad for years to come remain on hold.