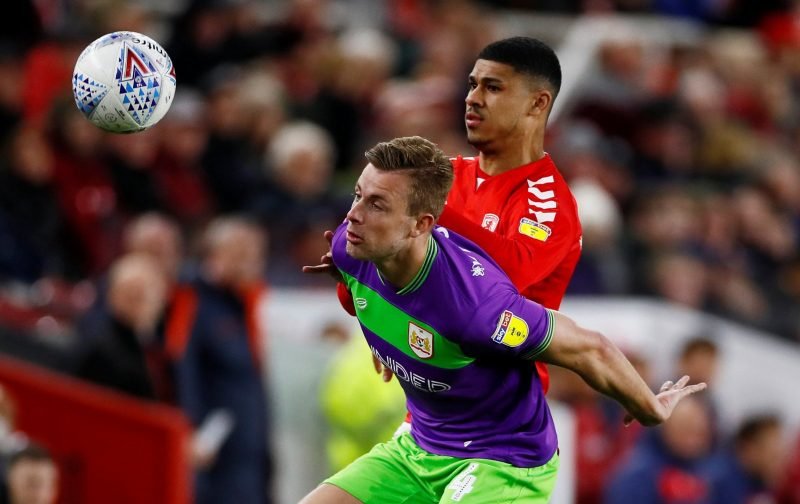 Newcastle United are chasing a deal for Adam Webster having informed Bristol City of our interest in their centre-back, according to TEAMtalk.

We are not alone in lodging a formal enquiry into the 24-year-old’s availability, though, as Leicester City, Burnley, Southampton and Watford are all thought to be keen on the former England youth international, as his Championship side are willing to sell the West Wittering-born defender for £12million.

The Robins only spent £3.5million to sign Webster from Ipswich Town last summer, but feel his market value has more than trebled in eleven months as he was a mainstay in Lee Johnson’s backline during their push for promotion into the Premier League, making 44 appearances.

But what would sort of defender would we be signing if Newcastle were to win the race for his signature?

Well, Webster was a product of Portsmouth’s U18s side, and earned his promotion into the senior Pompey squad back in 2012, before joining Aldershot Town on a season-long loan deal the following summer, having made 18 appearances for the Fratton Park natives in League One following their relegation.

His return from Aldershot to Fratton Park was not for the bettering of his career, though, as the 6 ft 2 centre-half featured in fewer games before leaving the club for Portman Road in 2016.

But it was with the Tractor Boys were his career really took off, as he made 23 appearances in his debut Championship campaign with the club, with an average 1.9 successful tackles per 90 minutes.

His figures have dropped slightly in the subsequent two seasons, with Webster averaging 1.4 in his final year with Ipswich, before setting 1.5 per 90 with Bristol City for a total of 61 in 44 games.

Yet while his tackles have gone down from the 2016/17 season, his interceptions have continued to rise, with Webster jumping from 25.2 per 90 to 40.1 and 41.2 in the following two campaigns (recording 91 with the Robins).

He rarely gives away a foul, either, with an average of one a game in his first – and potentially only – term at Ashton Gate.

Whether £12million is too steep a fee for Webster remains to be seen, but given he has three-years remaining on his contract and a plethora of options, it would likely be hard to negotiate much of a discount. Bristol City have also just parted ways with his defensive partner Lloyd Kelly, who joined AFC Bournemouth for £13million.