22G/4A: Newcastle have to go all in on exciting ace in January – Opinion 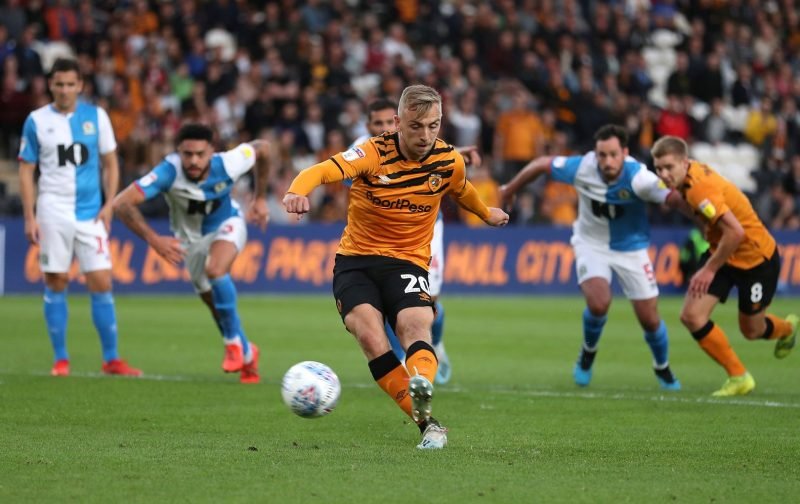 In recent years, it seems that players who excel in the Championship are finding the jump to the Premier League a lot easier to transition into.

James Maddison last season for Leicester City was the most creative player in the Premier League as the 22-year-old playmaker created the most chances in the division as reported by the club’s official website, and this year we have already seen the likes of Teemu Pukki and Mason Mount both thrive in the English top-flight after impressive campaigns in the Championship last time out.

And it appears that Newcastle could be the latest side to pick up an exciting talent from the division that has both promise to play in the Premier League as well as have the stats to show he is seemingly outgrowing the Championship already, the player in question being Hull City winger Jarrod Bowen.

The Chronicle report that the Toon have a genuine interest in the 22-year-old winger, who last season scored 22 goals and assisted another four for the Tigers in what was a breakout year for Bowen as numbers from Transfermarkt show, and with 12-months remaining on his current deal with the Championship club, Newcastle will be crazy not to make a winter move for the promising attacker.

With a reported price tag of £20m, it will seemingly be likely that this fee will be slashed heading into the January transfer window when Bowen will have under six-months left on his contract, and given his form in the Championship last season that he has managed to carry on into the 2019/20 campaign, Newcastle can make a statement by signing the exciting winger.

Bowen also makes sense when you look at Steve Bruce’s tactical layout. With the Newcastle boss opting to use wingers as formation numbers from Transfermarkt show, the Toon manager could do with a natural right-sided attacker to fill that part of the pitch, allowing Miguel Almiron to play in a position the Paraguayan is more accustomed too.

It was surprising to see Bowen remain at Hull this summer after an incredible season, yet with 12 months remaining on his current deal, Newcastle could land a coup if they attempt to sign the 22-year-old in the January transfer window.