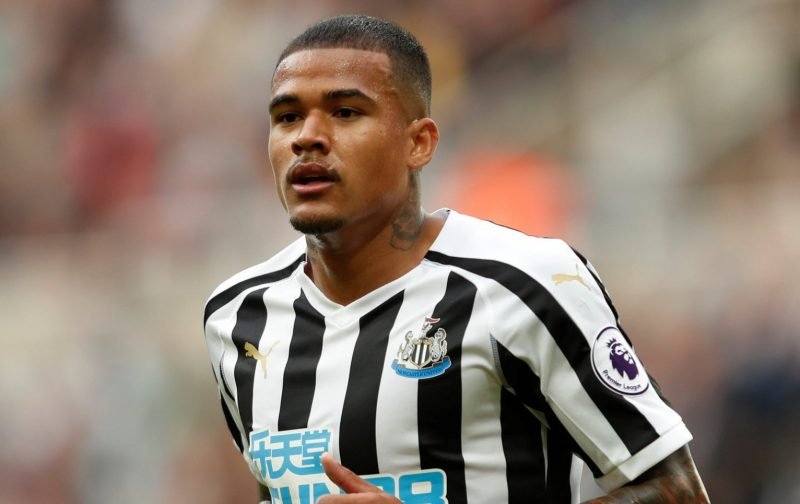 Some Newcastle supporters have been reacting on social media, after the Chronicle claimed Chelsea will be looking to flog Robert Kenedy in a cut-price deal this summer.

The 23-year-old only has a year remaining on his £25,000-a-week contract at Stamford Bridge, and it is thought that his uninspiring loan spell on Tyneside has put his future at the club in doubt.

United had looked to sign the Brazilian permanently last summer after a strong start to the calendar year on loan, but were put off by the Pensioners’ astonishing £30million asking price and concerns over his attitude and application.

In the end, Kenedy remained at St James’ Park on loan for another year. However, only being able to score and assist one goal in the Premier League saw United turn down the chance to keep the former Under 23 international.

His lack of end product on Tyneside has also caused his transfer value to plummet, although the Chronicle do not note how much Chelsea will still look to bank – TransferMarkt value the Santa Rita do Sapucai-born wide man at £9million.

If Chelsea are willing to sell Kenedy for peanuts in comparison to what they demanded in 2018, there could be a chance the Magpies welcome him back, which a few supporters would be open to…

He’s a bad version of Obertan….not worth even a free transfer, total wrong type of player for a battling club.

Get his attitude sorted and you have a good player

He would struggle getting in a mid-table championship squad. I watched the warm up one week with the lads shooting at goal – he missed every single shot, one ended up high in the stand….he was unchallenged. Not sure how he’s made it tbh ????

No thank you. Even on a free.

Wed still take him for £10m