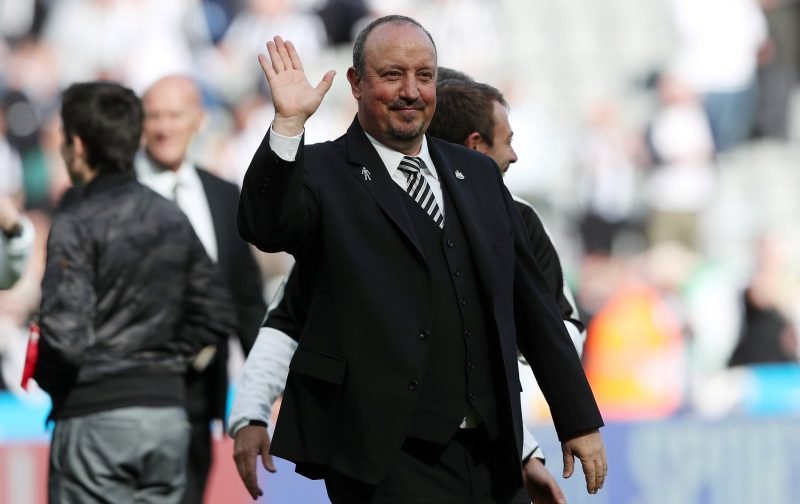 I have always said that this season will be a strange one for Newcastle and amidst a backdrop of gathering disdain for Mike Ashley’s ownership of the club, this is proving to be the case.

A season that I said will be as political as we’ve ever had up here on Tyneside with it’s added agenda of allowing a fair few of us to be distracted from the on-field action with Rafa Benitez playing a good part by delaying any talk over a new contract.

With nothing having changed in the verbal contract stakes that saw Rafa sign his three-year deal in the first place and the ball firmly in Ashley’s court on the direction of the club’s future, it is Rafa himself that has changed mood direction with a declaration that his team can be a success this season.

Speaking in his usual pre-match press conference ahead of the Arsenal game at St James’ Park, Rafa said that he expected us to be in the relegation zone after the first few games although he explained then that we aren’t too far away from being a good side with him pointing to one goal losses against the top sides. He also stated that he was confident of a win today if we play well and play to the system they have chosen.

Recent history isn’t on our side and forgetting last season’s great win over them, we have only triumphed on two occasions in the last nineteen league games played together at home. They may not be the force they once were and records are generally there to be broken but this won’t be easy.