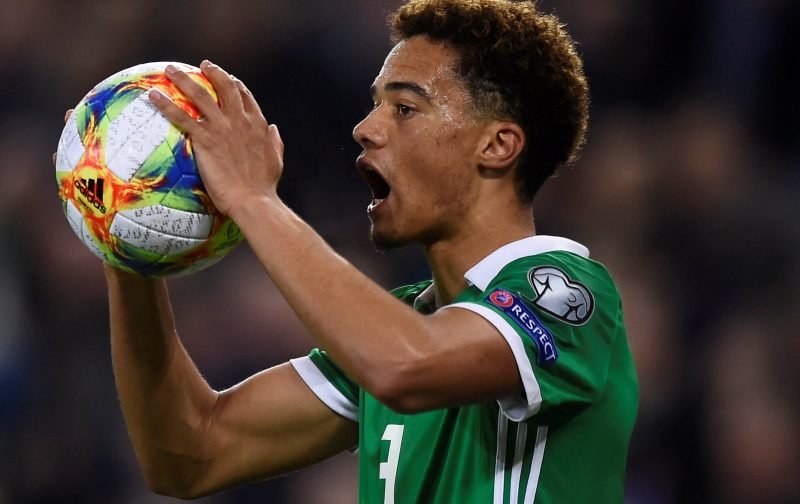 Callum Wilson may hog the headlines when it comes to analysing who was Newcastle United’s best signing of the summer but Jamal Lewis could go some way into rivalling the star striker.

Certainly, Newcastle fans will know the problems the team have had at left-back over the years. While Matt Ritchie has been a perfectly adequate auxiliary option for the past few seasons, the lack of long-term planning in that area has seen some poor additions. Indeed, it’s fair to say Danny Rose – perhaps the biggest name addition to fill that berth – didn’t work out and Paul Dummett’s injuries appear to have turned him into more of a central defender.

Add Achraf Lazaar, Jesus Gamez, Massadio Haidara and Antonio Barreca to that list and the pattern of a problem position starts to emerge.

Finally, then, a new hero has arrived. Praised for his performance in helping Northern Ireland through to a Euro 2020 play-off, the former Norwich City man appears to be on the rise for both club and country. Already this season, he’s the defender leading the way when it comes to initiating the press (making 43 of these actions via FBRef), giving the Magpies much thrust when it comes to winning the ball back and has made the joint-most interceptions along with Isaac Hayden.

Furthermore, he’s halted 3 dribbles already (the most in the team) giving Steve Bruce a resolute defender in what has been a problem position for the Toon Army for a number of years now. At £15m and with most of his career ahead of him, things look good for Lewis and Newcastle United.