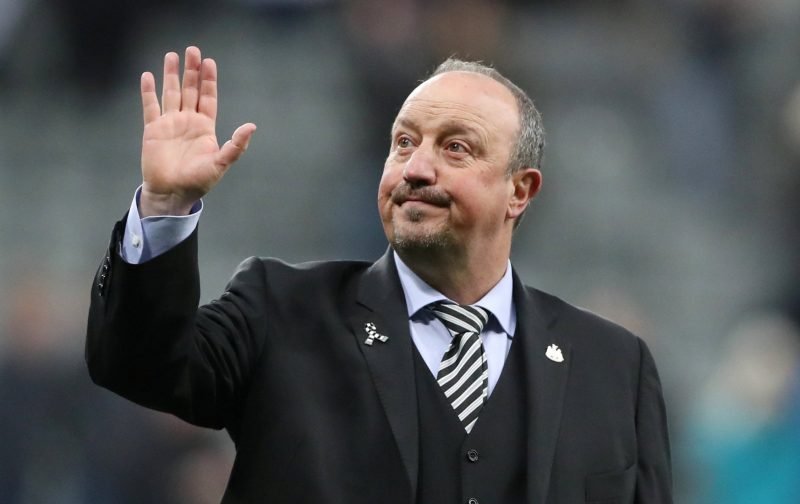 Fans around Tyneside had been crying out for Mike Ashley and Managing Director Lee Charnley to reach an agreement with Rafa Benitez, which would see the Spaniard continue his Newcastle tenure into a fourth full season. Unfortunately, the club announced the boss’ exit on Monday, and we now find ourselves without a head coach as the start of pre-season training nears.

Benitez had requested the squad re-assembles at the club’s Benton Training Centre on July 4, which leaves Toon chiefs little time to find our new permanent boss before our players return to work.

Ashley and Charnley will first have to meet and decide which sort of structure they want the new boss to work within, though, as aspects like how the club handles the transfer market was one of the key stumbling blocks which ultimately led to Benitez’s exit.

A number of high-profile names have already put their case to the Newcastle hierarchy, however, with Laurent Blanc and David Moyes offering their services to us, according to the Northern Echo, while Sky Sports understand Claudio Ranieri and Giovanni Van Bronckhorst would be interested in the St James’ Park hot seat.

None of the managers to have thrown their hat in the ring are currently in employment, with Van Bronckhorst recently leaving Feyenoord at the end of his contract. Meanwhile, Blanc was last in the dugout in 2016, and Moyes is yet to return to management following his sacking by West Ham United in 2018. Ranieri, on the other hand, took charge of AS Roma until the end of the recent term, having been sacked by Fulham midway through the campaign, but his time in the Italian capital was only in a caretaker role.

As well as being free agents, all four have title-winning pedigree, albeit some have more than others.

Moyes’ only silverware as a manager came in the form of the Community Shield, as he began his tenure at Manchester United with a Wembley triumph in the season opener against Wigan Athletic in 2013. His time at Old Trafford fell apart after that, and he would leave with a 1.73 points-per-game ratio, which would drop to 1.19 with the Irons.

As for Ranieri, the Italian has won trophies across Europe, with Premier League success with Leicester City the cherry on top of a pile of silverware including Spanish, Italian, and UEFA Super Cup glory. He would only register a 0.71 points-per-game ratio with the Cottagers, however, as the Rome-born coach failed to be the tinkerman that would save Fulham from relegation.

Van Bronckhorst, on the other hand, has only managed in his native Netherlands with Feyenoord and their U21s, but clinched domestic honours in the Eredivisie, Dutch Cup and Dutch Super Cup with the Rotterdam outfit.

As well as the quartet, the Northern Echo understand Mikel Arteta and Garry Monk have been touted as potential candidates to replace Benitez, with the former Arsenal midfielder an assistant coach to Pep Guardiola at Manchester City and Monk now a free agent following his sacking by Birmingham City.

Avram Grant’s name was also muted on Monday afternoon, but it is understood by the Northern Echo that club chiefs are not considering the former Portsmouth boss, who reached the 2010 FA Cup Final with the Fratton Park side.