Emphatic Leicester win shows what Toon are capable of 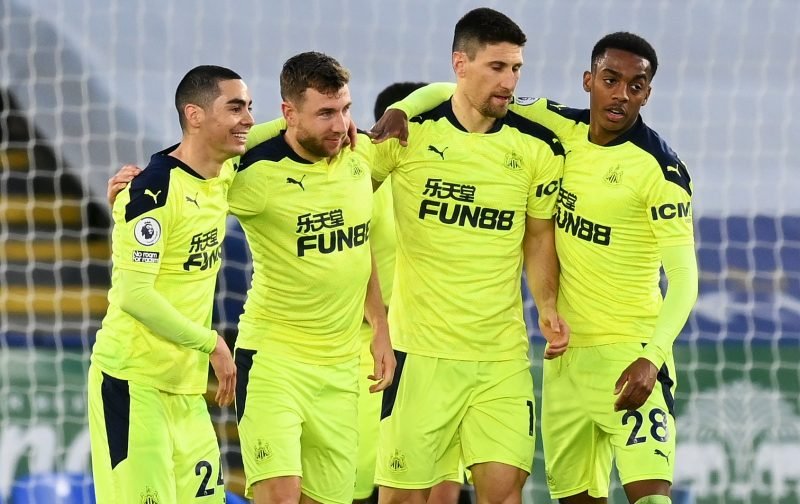 The manner in which Newcastle United dismantled a Leicester City side gunning for a place in the UEFA Champions League took absolutely everyone by surprise, no group of people more than the United fans who have had to endure some truly turgid football throughout this campaign.

Newcastle were not overly attacking against the Foxes and as usual had less possession than their opponents but the difference was that we were aggressive in the press and committed men forward on the counter. We have never expected our side to be able to control games of football but it was imperative that we did a bit more.

Tactically, United look to have stumbled across a winning formula that allows them the luxury to be able to get men forward and whilst they were undoubtedly helped by a bizarre high line from the Foxes, the visitors thoroughly deserved to win in what was a rare entertaining game of football.

When the celebrations of a brilliant day at the office have worn off, Toon fans should take note of the enormous potential that this squad does have and realise that performances like Friday night’s should not be so uncommon. The dire nature of football we have witnessed for the majority of this season should not be tolerated and the Leicester win should be the bar.

Steve Bruce pointed out the availability of Callum Wilson and Allan Saint-Maximin as the main reason for the upturn, subtly inferring that had the dynamic duo have been more readily available we would be significantly better off.

We should not forget that they were both available at the start of the season and the football was awful and it didn’t need to be. With those two in the side, the busy Miguel Almiron covering every blade of grass and Joe Willock being effective in both boxes as well as Matt Ritchie and Jacob Murphy standing in brilliantly at wing backs; this side should not have had the struggles that it has had this season.