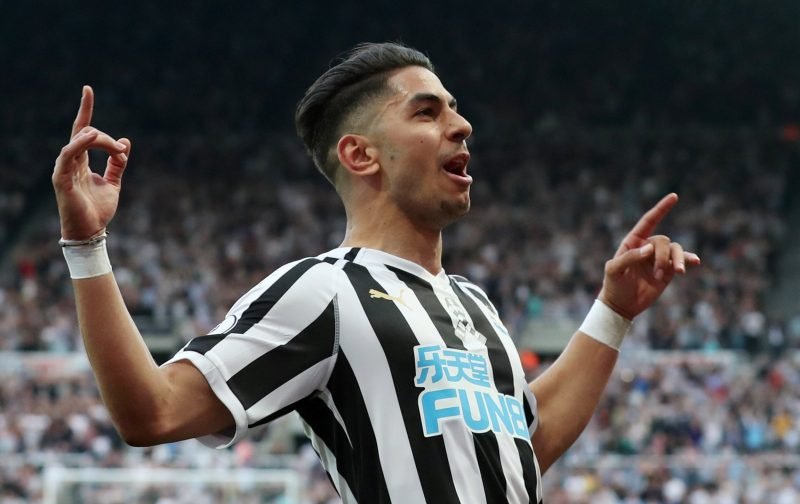 There are many uncertainties at St James’ Park at the moment, with Rafa Benitez’s contract running out, a potential takeover on the cards, and a number of players being linked with a move away from Newcastle.

Ayoze Perez has been one of the many first-team regulars to have their Magpies future cast into doubt, with reports in Italy previously suggesting the Spaniard could be on his way to Tottenham Hotspur after the North Londoners lodged a €28million (£24.8m) bid.

It was claimed at the time that Spurs’ local rivals Arsenal were also showing an interest in signing the 25-year-old, but Tottenham were the side leading the chase as boss Mauricio Pochettino was a keen advocate of the Santa Cruz de Tenerife-born attacker’s talents.

Football.London, however, have reported somewhat otherwise, as the London-club focused news site have included Perez in a transfer summary article looking at the magnitude of players that have been linked with the Gunners, and suggest the former Spain U21 international could be signed for a fee in the region of £10m and £15million.

They even add that the Tenerife product would ‘jump at the chance’ of moving to the Emirates Stadium, where Unai Emery’s failure to guide the Gunners back into the Champions League does not affect the player’s aspiration of joining the club.

Thankfully, or at least in some part, they do not suggest Arsenal are intending on making a move for Perez this summer, and the summary article his name is found in includes the likes of Kalidou Koulibaly, Raphael Varane and Matthijs de Ligt – players Emery has absolutely zero chance of signing.