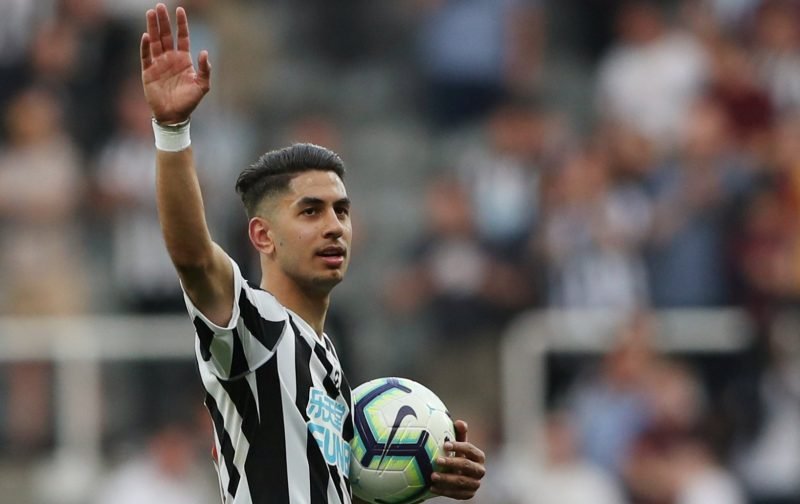 Ayoze Perez proved to be a very influential member of Rafa Benitez’s first-team during his stunning post-Christmas run the featured ten goals and one assist, but the Spaniard is edging closer to a summer exit, according to CalcioNapoli24.

The Italian site have suggested his efforts in 2019 attracted the interest of Napoli, Inter Milan, Atletico Madrid, Valencia, Arsenal and Tottenham Hotspur, with all mentioned sides doing their bit to snatch our Spanish forward.

If any are to sign the 25-year-old, though, it’s thought that it will be Spurs more so than any other at present, with the North Londoners boss Mauricio Pochettino a keen advocate of Perez’s talents.

Pochettino had tried to sign the Santa Cruz de Tenerife-born attacker three years ago, but was given a firm rejection by United. However, he now hopes to sign Perez as the replacement for Erik Lamela. The Argentine midfielder played very little in the recently concluded campaign, and is said to be one step away from saying his goodbyes to his teammates at Tottenham.

Should the former AS Roma winger move on in the transfer window, Perez is currently at the top of Spurs’ shortlist for replacements, and have already lodged a €28million (£24.7m) bid, although it is not suggested how well that offer was received on Tyneside.

CalcioNapoli24 also add that Perez is convinced he could be a success in the Serie A, and would prefer to move to Italy than join another Premier League side if he were to move on. However, Napoli Sports Director Cristiano Giuntoli is taking his time over a decision, as he first wants to understand who will be leaving the Naples outfit.