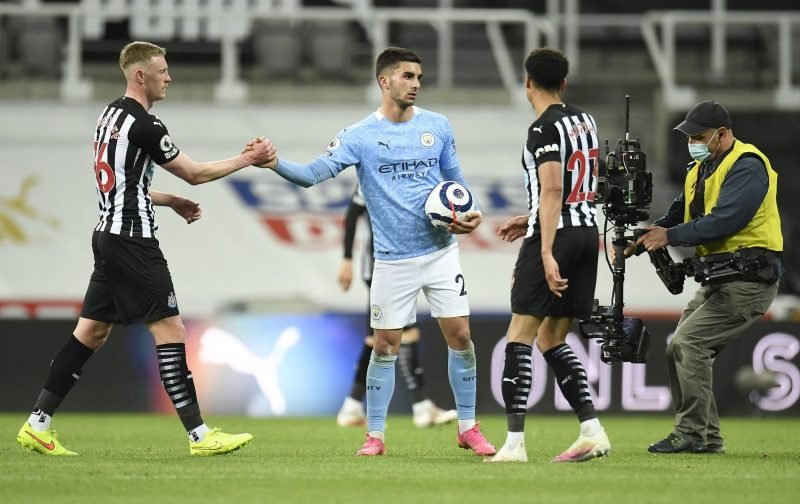 Newcastle United may have eventually succumbed to a 4-3 defeat to the newly crowned Premier League champions Manchester City, but there was plenty for Toon fans to feel positive about in the loss.

Emil Krafth scored his first goal for the club to head the Magpies into a shock 1-0 lead but the Citizens’ quality shone through and they came back with two goals of their own before the break with Joao Cancelo’s deflected effort beating Martin Dubravka and Ferran Torres scoring a spectacular effort to make the score 2-1 to the visitors.

A stoppage time emphatic penalty from Joelinton following a lengthy VAR check put United level and again they had a chance from the spot to take the lead in the second half. Joe Willock won the penalty and took the penalty, which was saved by Scott Carson but the Arsenal loanee was on hand to hit home the rebound.

Within five minutes of Newcastle taking the lead at St. James’ Park, they found themselves behind again with Torres successfully completing his hat-trick.

Despite the defeat, there can be no complaints about Newcastle’s performance.

United have now scored seven goals in their last two games and in both games they do seem to be much improved whilst on the front foot.

Newcastle are never going to be able to go toe to toe with Manchester City and this is not what they attempted yesterday but what they did do was ensure that they were efficient when they did have the ball.

Bruce’s men had just 18% possession but with bags of pace on the counter, they did have plenty of chances. They managed 11 shots on goal which is just four fewer than the champions and they had just one fewer shots on target.

The high line that Man City persisted with played into Newcastle’s hands and with the pace of Allan Saint-Maximin, Miguel Almiron and Joe Willock always gave United an attacking outlet.

Usually when a side concedes four goals in a match, there is plenty to moan about defensively but such is the brilliance of Manchester City, this is not the case here.

When you play the likes of City, you need a fair bit of luck and unfortunately luck was not on our side in yesterday’s defeat.

Cancelo’s goal found its way into the bottom corner via an unlucky deflection that gave Dubravka no chance and similarly Torres’ third strike came about as a result of fortuitous rebound, the type of luck that United did not get when Jonjo Shelvey’s free kick cannoned back off the crossbar.

There was no luck involved with Torres’ first goal but there can also be no complaints; it was a world class finish and nothing anyone could have done about it.

The equalising goal to make it 3-3 is the only slight bone of contention with sub par marking meaning that the Citizens were able to restore parity immediately after Willock’s goal.