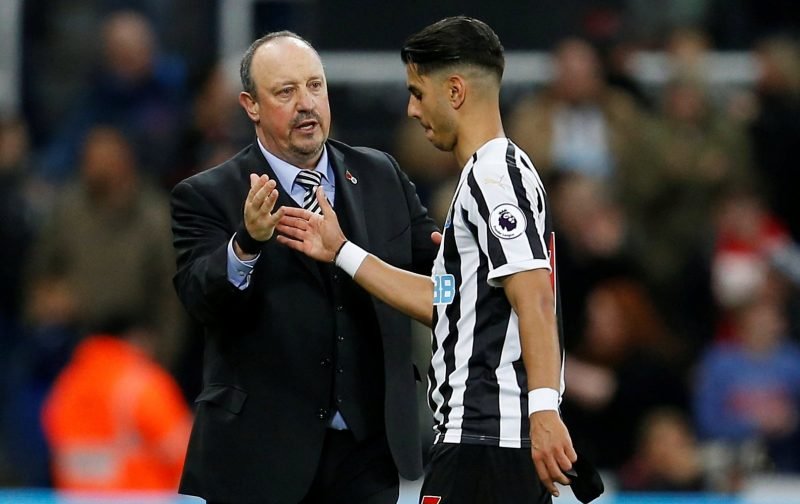 Few people are as well regarded as Alan Shearer in Newcastle, given the impact that he was able to have during his stint at St. James’ Park. He, of course, became a hero to thousands during his 10-year spell leading the line at Newcastle, and even today, his word is considered gospel for most supporters.

Indeed, it appears to be the case for the players, too, given just how delighted Ayoze Perez appears to be with the praise given to him by Shearer.

Mondays are better when you realise that the legend of your club (and one of the best strikers of the history) and one of the most prestigious newspaper in Europe select you in their teams of the week! Thanks @alanshearer & @Gazzetta_it

Indeed, Shearer recently named Perez in his Premier League Team of the Week, owing to the attacker’s exploits vs Everton, and he was quick to thank him for the praise, stating: ‘Mondays are better when you realise that the legend of your club (and one of the best strikers of the history)…select you in their teams of the week!’

Shearer has since described Perez’s role in the team as ‘well deserved’, and it’s hard to disagree.

With the arrival of Miguel Almiron, Perez has really had to step up to the plate in order to keep his place at St. James’ Park, and he’s certainly done that. He, of course, picked up 2 goals and an assist against Everton, but that’s only part of what he offers. His energy, his skill and his determination have all gone to another level in recent weeks, and it’s great to see.

When you get praised by Alan Shearer, you know you’re doing well, and Perez deserves every last bit of that recognition.