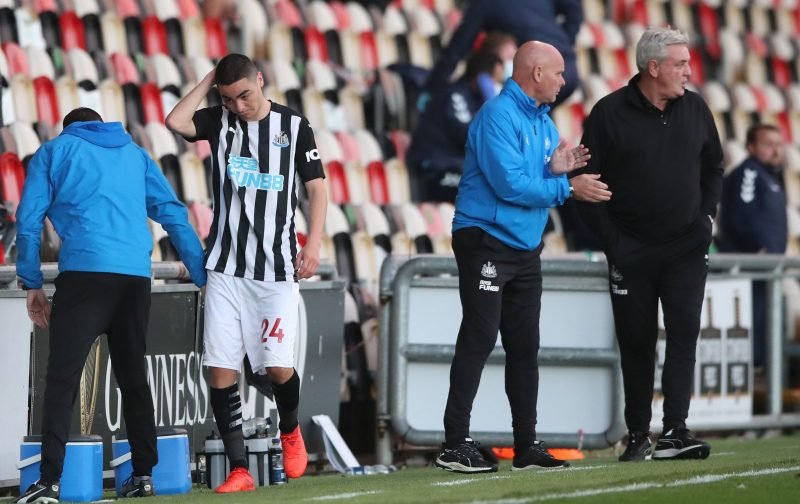 For Newcastle United to improve their style of play, they need to take a risk on Miguel Almiron.

Now, the idea of forcing the Paraguayan into a side already containing Allan Saint-Maximin, Joelinton and Callum Wilson may seem like a gamble given the lack of defensive presence for a side who’ve been largely reliant on exactly that since winning promotion to the Premier League in 2017.

However, perhaps allowing him the freedom of a box-to-box number 8 role can hep link the midfield to attack. Indeed, he’s proven (against Sunday’s opponents in Wolves, no less) that he can offer a dynamic presence in the middle of the park going both forwards and back.

Outstanding from front to back. pic.twitter.com/D3Q5cVtjPu

Back in January, he was everywhere as the Toon drew 1-1 away at Molineux, a difficult place to go given Wolves’ impressive record since returning to the top tier themselves.

While there’s clearly no guarantee he’d produce the same numbers this time around, his statistics above do lend themselves to a box-to-box option. Given Wolves themselves largely operate with a 5-2-3 system, Almiron could help outnumber them in the middle of the park and burst forward, rather than simply relying on Saint-Maximin to dribble from deep by himself.

Against Manchester United, Jamaal Lascelles revealed he thought the team should have pushed on after taking an early lead, rather than sitting back and allowing the eventual 4-1 winners onto them.

With Almiron in such a role, he’d offer much more in the way of trying to win the ball back and break at speed, rather than a hopeful hoof up to Wilson and Saint-Maximin.