What’s Next For Newcastle Without Perez? 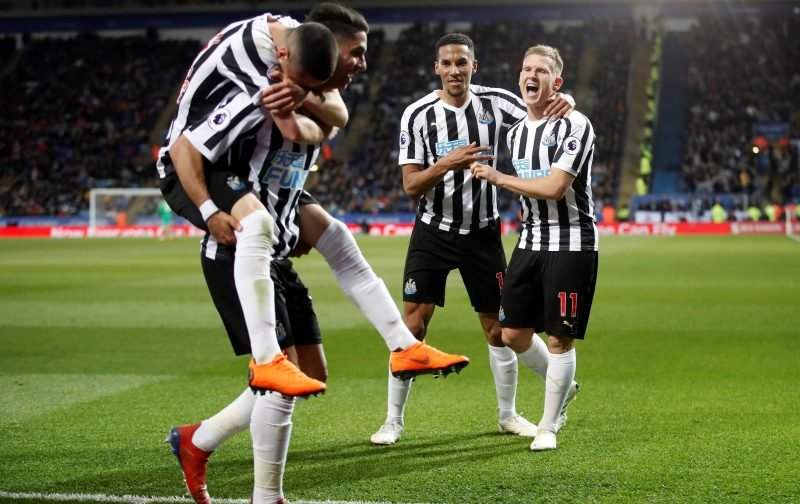 With Ayoze Perez having officially inked a deal with Leicester City, things are looking quite different for Newcastle’s in the 2019/20 season. There’s a lot of time left between now and the beginning of EPL play, to be sure, but the loss of a player like Perez for a team that needs all the attacking help it can get is the sort of thing that can totally alter the offseason (and preseason) conversation.

For starters, the club is likely to take a hit in preseason predictions and odds. Much of the UK sports punditry was perhaps likely to overlook Newcastle in the first place, as the club already seemed destined for a middle-of-the-road finish. Without Perez though, the conversation will inevitably take a negative turn, and it’s likely the betting sites covering football will react similarly. In other words, barring a massive, unforeseen signing, we can expect Newcastle to drop off in the EPL outlook, and perhaps be given decent odds for relegation (we wouldn’t go that far, but someone will).

In the short term though, before preseason talk takes over, Perez’s deal with Leicester is going to place the focus squarely on acquisition. Perez leaves a gaping hole up front, and with Joselu also viewed as a likely departure, the club will be virtually forced to go striker shopping. Dwight Gayle and Yoshinori Moto could be in-house replacements, but neither inspires a great deal of confidence if Newcastle is to compete at or above the middle of the league.

As of this writing early in July, these are a few of the targets that are being discussed, or who may make sense for the club to look at.

Ollie Watkins – Ollie Watkins is actually just one of a few Brentford attackers being looked at for potential transition to the EPL. He had 12 goals in Championship play during the 2018/19 season, and is clever and creative with the ball, giving him the overall look of a potentially stable replacement.

Harry Wilson – It was actually reported months ago that Newcastle had interest in Harry Wilson, who is thought to be a likely candidate to depart Liverpool. Wilson plays on the wing but still had an 18-goal season at Anfield, and is still young. He’d be a major addition, though there will be competition for his services, and even with Wilson aboard Newcastle would likely be searching for budget strikers.

Phil Foden – Phil Foden may be an unlikely addition, but he’s been mentioned elsewhere among ideas for reinforcements. Foden wouldn’t solve the problem at the forward position, but he would undoubtedly influence the attack out of the midfield in a positive manner. Manchester City is not about to let go of the stellar prospect permanently, but could conceivably be convinced to loan him out to a team with which he could get some EPL experience.

Viktor Tsygankov – Tsygankov is another long shot, and the most concrete information we have right now about his transfer market is that AS Roma is eyeing his services. Among up-and-coming offensive weapons in Europe though, Tsygankov might be one who would be affordable for Newcastle – though perhaps less so if Watkins or Wilson is brought aboard.

These are at least a few names to keep an eye on as the conversation shifts toward Newcastle’s inevitable search for more firepower. Talk about the upcoming season is going to take a negative turn regardless, but the near future has become all about this search.