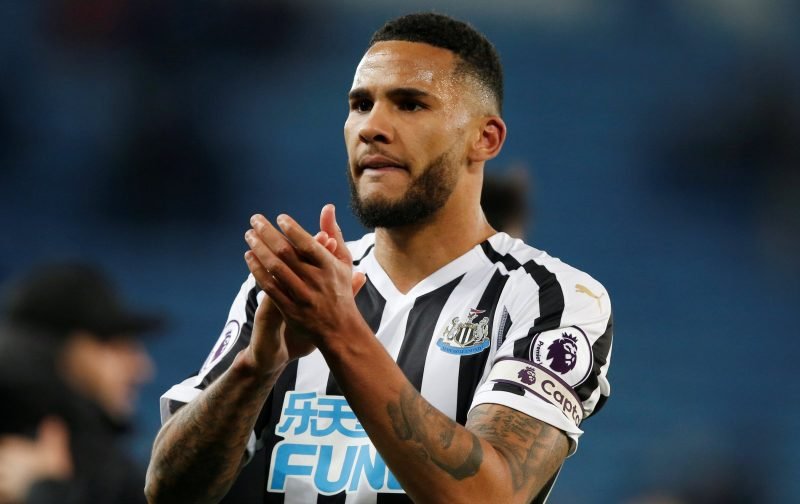 A load of Newcastle supporters have been reacting on social media after Italian newspaper Il Messaggero suggested SS Lazio will ramp up their efforts to sign Jamaal Lascelles.

The Rome-based publication had suggested earlier in the week that I Biancocelesti’s Sporting Director Igil Tare had identified our captain as a potential target for his summer spending, having scouted the Premier League for young defenders who would improve Simone Inzaghi’s squad.

Arsenal’s Callum Chambers was also thought to have emerged on his shortlist, with both valued at €14million (£12.4m), but it has become clear that it is not the Englishman who he favours.

Il Messaggero shared on Thursday that Tare is ‘especially’ interested in Lascelles, and could use Jordan Lukaku to sweeten the deal, given our interest in the Belgian left-back in January and intent to strengthen the position this summer.

Lukaku, brother to Manchester United’s Romelu Lukaku, had even flown to the United Kingdom to carry out a medical with us in the winter, which he reportedly failed.

So given what happened in January, and the reasons why a move for the 8-cap former international fell apart, it’s no wonder the Newcastle fanbase have reacted in the way they have…

Give us Immobile and we’ll chuck in Manquillo.

Unless it’s 11 players no point.

Fail a medical, go back in for him a few months later, and allow our captain to be swapped for the medical failure? Yeh makes sense ????

Lol these guys think they’re dealing with Bologna or Genoa

He’s not the best defender in PL but his mentality is A+, would take something crazy for me to trade him.

No way that would be a terrible deal. Maybe one of their better players but Lukaku, no thanks

Well if I was Lacelles my transfer request would be on the table now. Same if I was any other player here why would you want to stay and compete to be 17th every year

Maybe our new manager may go for it with a little persuasion from Ashley..!!!!!