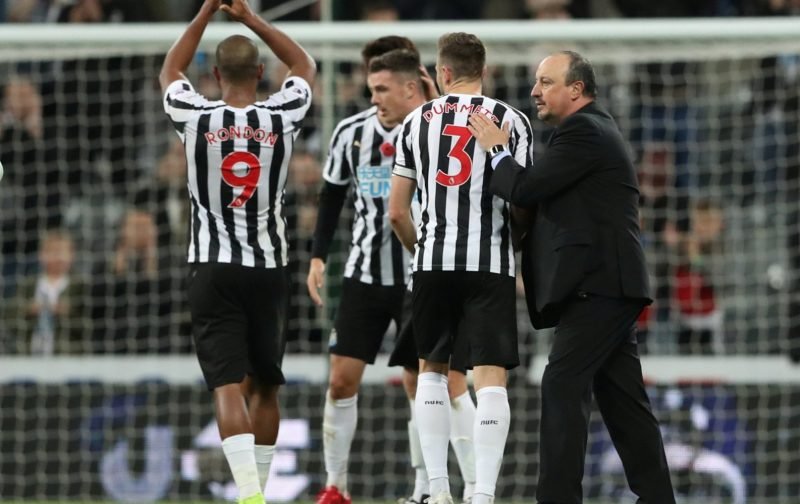 Newcastle United found things difficult in the early months of the campaign and faced a tough slog during the opening 10 weeks of the season.

The Magpies failed to win any of their opening 10 Premier League fixtures but brought that run to an end last weekend by edging past Watford, before following that result with a hard-fought victory over Bournemouth.

Salomon Rondon’s brace saw the Venezuelan international open his account for the season, finding the net for the first time since making his loan move from West Brom, and Rafael Benitez’s side will be very proud of their performance.

With a fairly solid defence but an attack that has often struggled to create chances this season, Newcastle fans waiting to watch highlights of their game on Match of the Day every week have become accustomed to staying up late.

However, things were different this week as Gary Lineker confirmed on social media that Newcastle’s clash would be the first game to be shown – and fans couldn’t quite believe it.

We’re top of the MOTD league!

OMG we are on first! THIS IS NOT A DRILL #NUFC pic.twitter.com/712x84vfSW

Nose bleed times for us Geordies

Newcastle first up on MOTD for the first time since we converted to decimal currency. Fact. @alanshearer