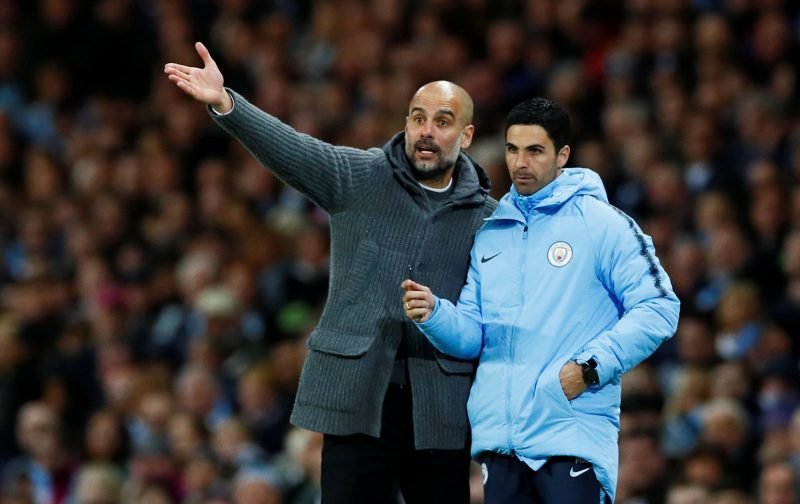 Two-time FA Cup winner Mikel Arteta is open to taking up the vacant Newcastle managers job, according to the Telegraph, but the Spaniard already has concerns about the prospect of working under Mike Ashley.

The former Arsenal midfielder, and current assistant manager to Pep Guardiola at Manchester City, is thought to be one of a plethora of potential candidates currently being assessed by Ashley and Managing Director Lee Charnley, with the likes of Patrick Vieira, Steven Gerrard, Eddie Howe, Sean Dyche and Steve Bruce also in consideration.

However, the club already have doubts in their ability to lure AFC Bournemouth head coach Howe to St James’ Park.

As for Dyche and Bruce, the pair are currently only seen as the fall-back options in case Ashley and Charnley’s top targets reject their advances, with the Newcastle chiefs intent on hiring a younger head coach to replace Rafa Benitez, who will officially leave his duties on June 30.

Vieira, allegedly, would be open to holding discussions with Charnley and Ashley once more, having spoken with them about taking up a Newcastle position four years ago, but was rejected in favour of Steve McClaren.

Arteta, meanwhile, would also be interested in learning what the United chiefs have to offer as he looks to make the step from an assistant manager into a head coach position, after three seasons working alongside Guardiola at Manchester City, where he helped toward a domestic treble in the recent campaign.

The San Sebastian former Spain youth international already has concerns about making the step up from the number two role with the Magpies, though, with the Telegraph noting that any manager considering the vacant St James’ Park position should be wary of the echoes of when Joe Kinnear was appointed as Kevin Keegan’s successor in 2008.

Like we were more than a decade ago, the club is up for sale, so any manager coming to Tyneside faces an uncertain future of what demands will be bestowed onto them. They could also be hesitant to take up a position with the Magpies as the new owner may not favour their CV over a potential target they already have in mind.