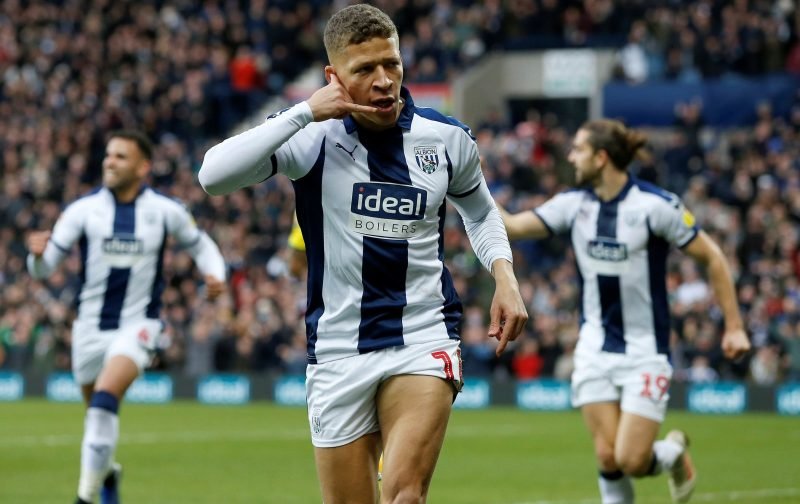 Aston Villa and Norwich City are weighing up moves for Dwight Gayle following their promotion to the Premier League, the Birmingham Mail have reported.

It is thought the 28-year-old’s performance in West Bromwich Albion’s Play-Offs defeat to Villa impressed the Villains scouting department, who are now considering a move as Tammy Abraham is set to return to Chelsea following his season-long loan.

Members of Dean Smith’s transfer team are also understood to have discussed the London-born attacker’s qualities with their Baggies counterparts when the two sides met earlier in the month.

Our £40,000-a-week centre-forward is not the only player being considered in Birmingham, though, as Brentford’s Neal Maupay is also generating a lot of interest at Villa Park.

Norwich, on the other hand, have Gayle on their radar while they look for strikers that can bolster their attack, as the Arsenal youth product scored 24 goals in the Championship during his loan spell, which was only bettered by Abraham, Maupay and the Canaries’ Teemu Pukki.

If either make a move, however, it is believed they will hit us with a lowball offer first, to see how we react to a bid below our £20million valuation.

The price, and Gayle’s speculated desires of a wage in the region of £55,000-a-week, is what forced West Brom to opt against a permanent approach, and could be what scuppers our hopes of selling the former Crystal Palace forward this summer.

Fulham have also been linked with a move for Gayle this month, as they look for potential replacements for Aleksandar Mitrovic should they cash in on the former Magpies striker following their relegation.