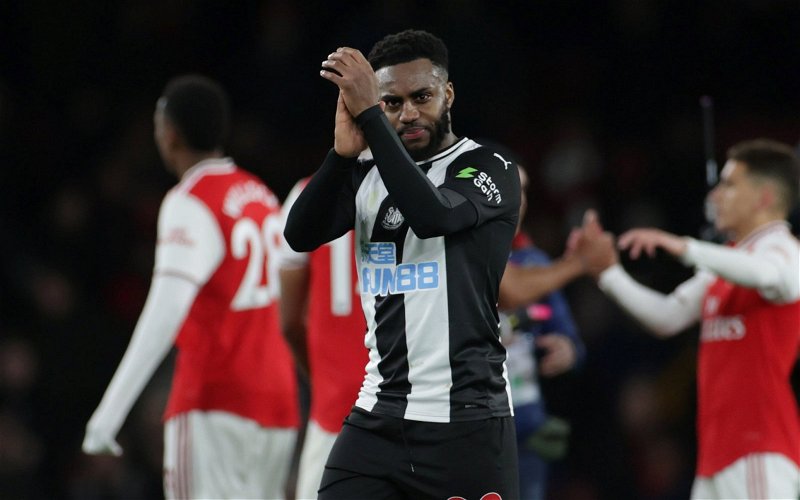 Danny Rose has been released by Tottenham Hotspur and he has been tipped to make a return to Tyneside this summer.

The England international spent the second half of the 2019-20 season at St. James’ Park on loan.

During his time with the club, Rose made 13 appearances in what turned out to be a pretty underwhelming loan deal.

It was a signing that was met with a fair bit of excitement initially, Rose had established himself as a top class left back at Spurs and had even been subject of talks of a big money move to Manchester United on multiple occasions.

Then there’s the fact that the Yorkshire born defender has been capped an impressive 29 times for his country, it seemed we were getting a fantastic deal and a great replacement for the injured Jetro Willems.

Unfortunately, Rose flattered to deceive during his brief spell with the club and to see his stint was uneventful would be the kindest way of looking at it.

With Rose being available on a free transfer and United’s budget being reportedly low this term, it is a deal that makes sense and former Aston Villa manager Alex McLeish has passed his comments on about a potential deal in an interview given to the Football Insider.

“Rose is a great player. In fact, Newcastle fans actually would love Danny Rose to go back.”

A pundit showing absolutely no knowledge about matters to do with Newcastle United? Surely not.

McLeish has read the room wrong on this count. Rose definitely was a good player but the Danny Rose that turned up to Gallowgate showed no enthusiasm whatsoever and it was clear he wasn’t too happy to be here.

In all seriousness, Rose would not be the worst signing in the world but there is another unattached left back in Willems that would get Toon fans a lot more excited.